There’s a new chateau in town, complementing the touristic big guns of Chateau d’Amboise and Leonardo da Vinci’s last home, Clos Luce. (It’s not to be confused with the medieval Chateau Gaillard in Normandy, which was the stronghold of Richard the Lionheart). 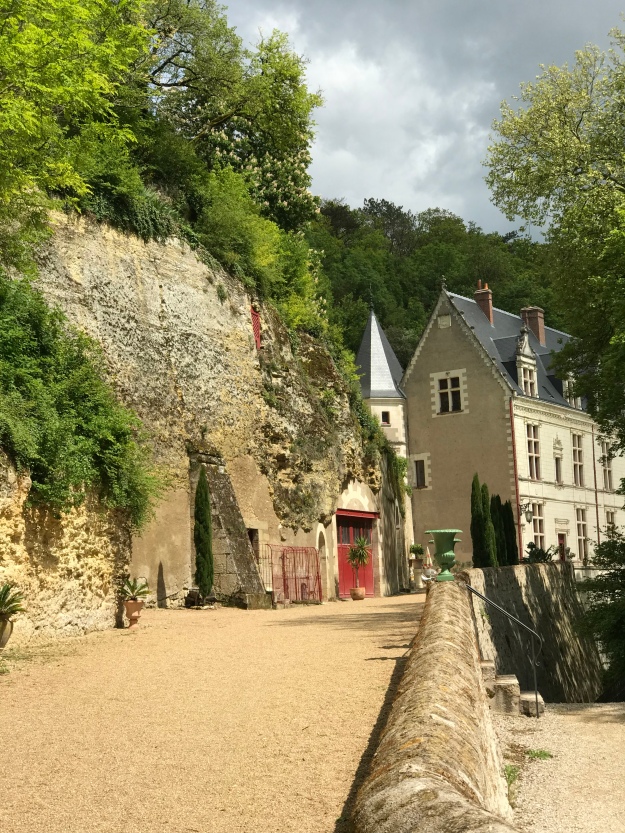 It’s a smallish chateau. But it’s an interesting stop because it’s possible to imagine actually living there.

Gaillard is a respite from the main tourist track. The gardens are a work in progress, but they’re peaceful and green. And there are already oranges.

Dom Pacello da Mercogliano was a Benedictine monk with a genius for making things grow. He was also something of a hydraulic engineer; growing things always need water.

King Charles VIII brought Dom Pacello from Italy to Amboise in the late 1400s and installed him in this house a short hike from the king’s grand riverbank chateau. Pacello’s mission was to design beautiful gardens like the ones Charles remembered from Italy. Charles especially wanted oranges, which had never been grown in France.

An important part of Dom Pacello’s work was to figure out how to get water from the Loire all the way up to the chateau gardens high above the river. I gather that was no mean feat, and didn’t work out so well.

After Charles’ untimely death, the monk continued to work for his successor, Louis XII. It appears that Dom Pacello lived in France for the rest of his long life, dying at age 87 in 1534. 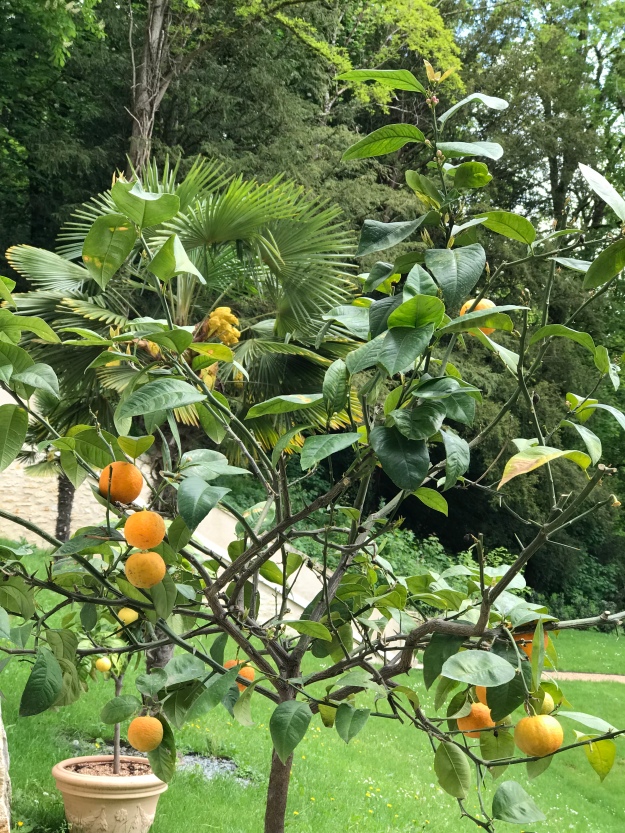 Once again after centuries of neglect, the estate has oranges in a lot of varieties. Charles would be pleased. 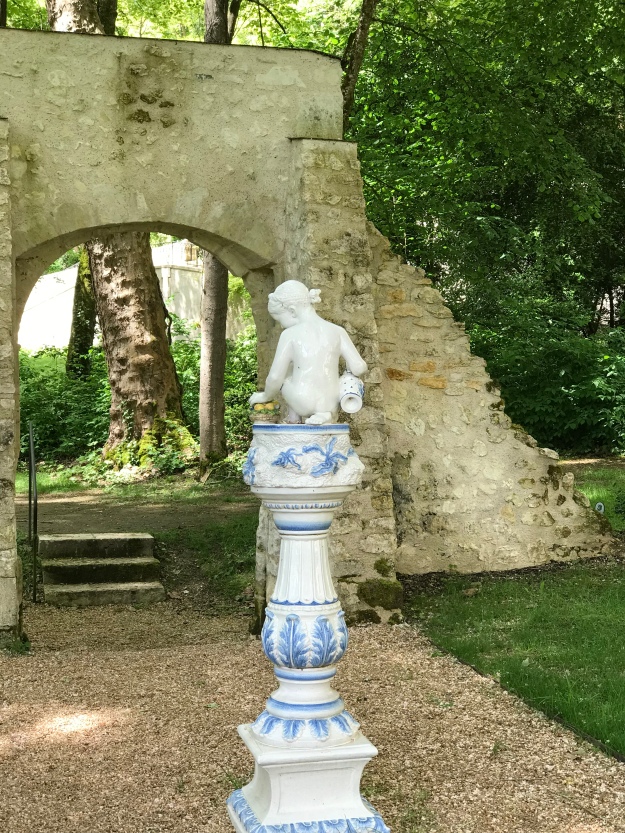 A family (whose name I don’t know) bought the property a few years ago. They’ve been working hard on restoring it and making it a tourist attraction. Other visitors report they’ve met the family and found them charming. I thought the admission price, comparable to major sights in the Loire Valley, was a little steep. But there are a lot of very positive Tripadvisor reviews. Quite a few visitors felt it was money well spent for the tranquility. People really appreciate a place for kids to run around and adults to relax.

There’s a colorful brochure in English, and apparently one English tour a day. We were in a bit of a rush and probably should have allowed more time to let the place grow on us. I did not see even a French tour going on, but there was a colorful little film (in French) running in a pretty garden shed. 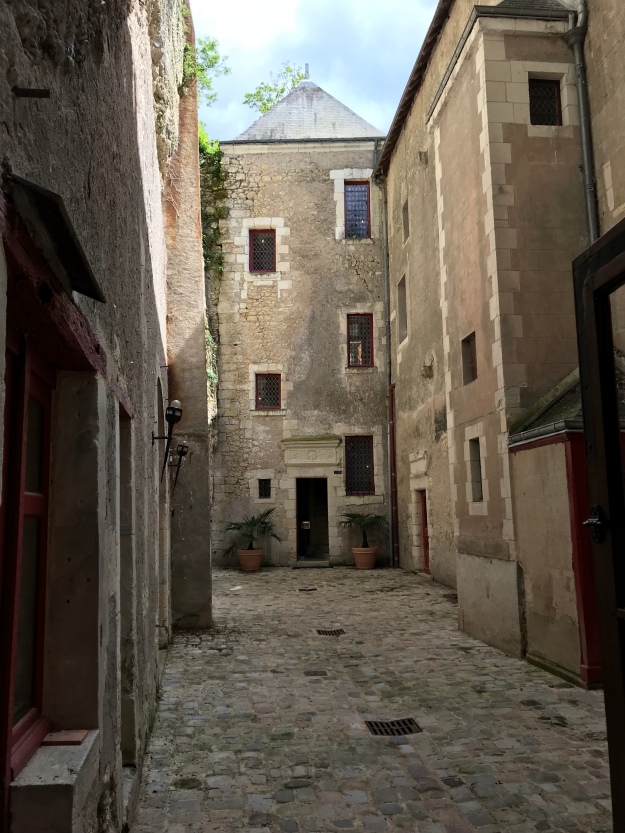 It’s especially interesting to see how the mansion was built directly up against and even had rooms tunneled into the sheer rock wall behind it.

The local stone is tufa, and there are a lot of more humble “cave houses” in town. 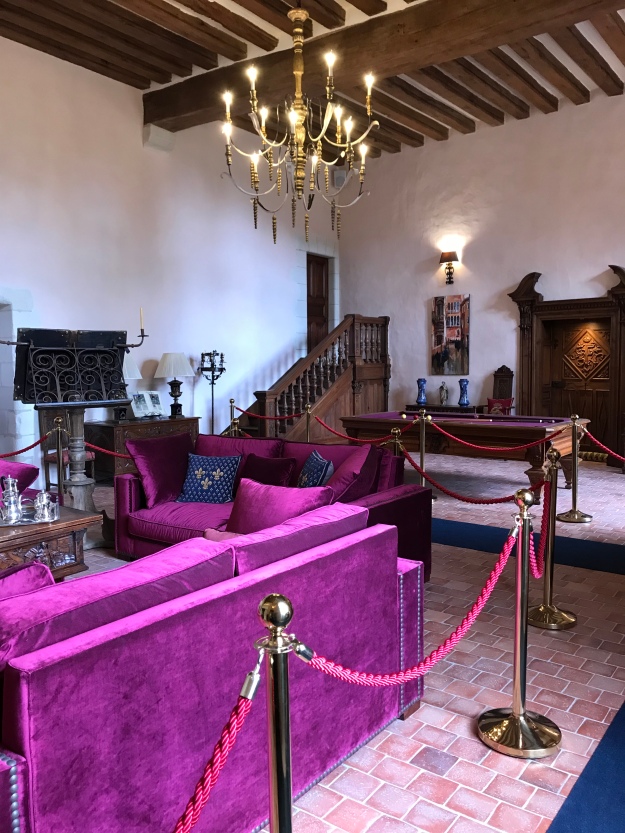 About nine rooms of the house are open to visitors. The rooms are pretty and atmospheric. It appears that the family actually lives in the house. 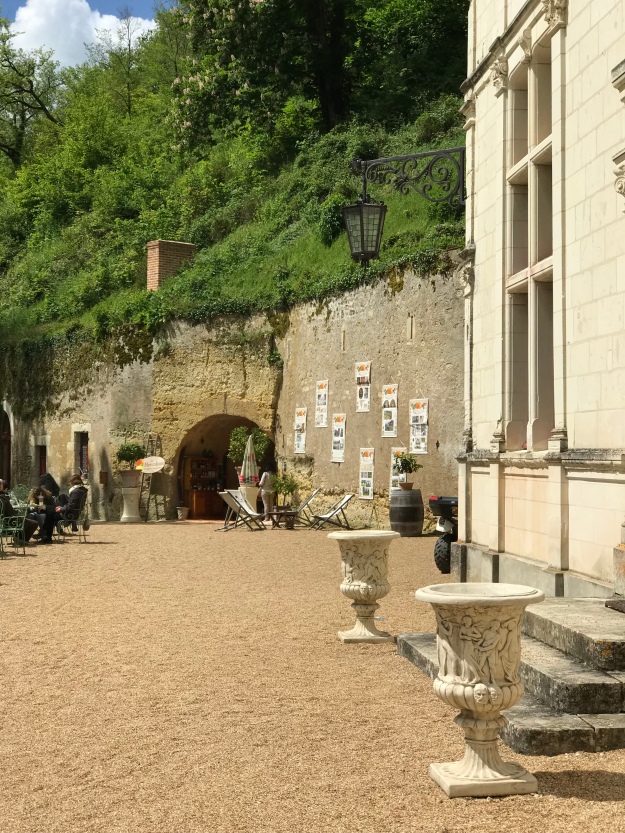 They serve orange juice and orange cake on a pleasant terrace.

2 thoughts on “Chateau Gaillard in Amboise: A Smiling Monk and Oranges from Italy”