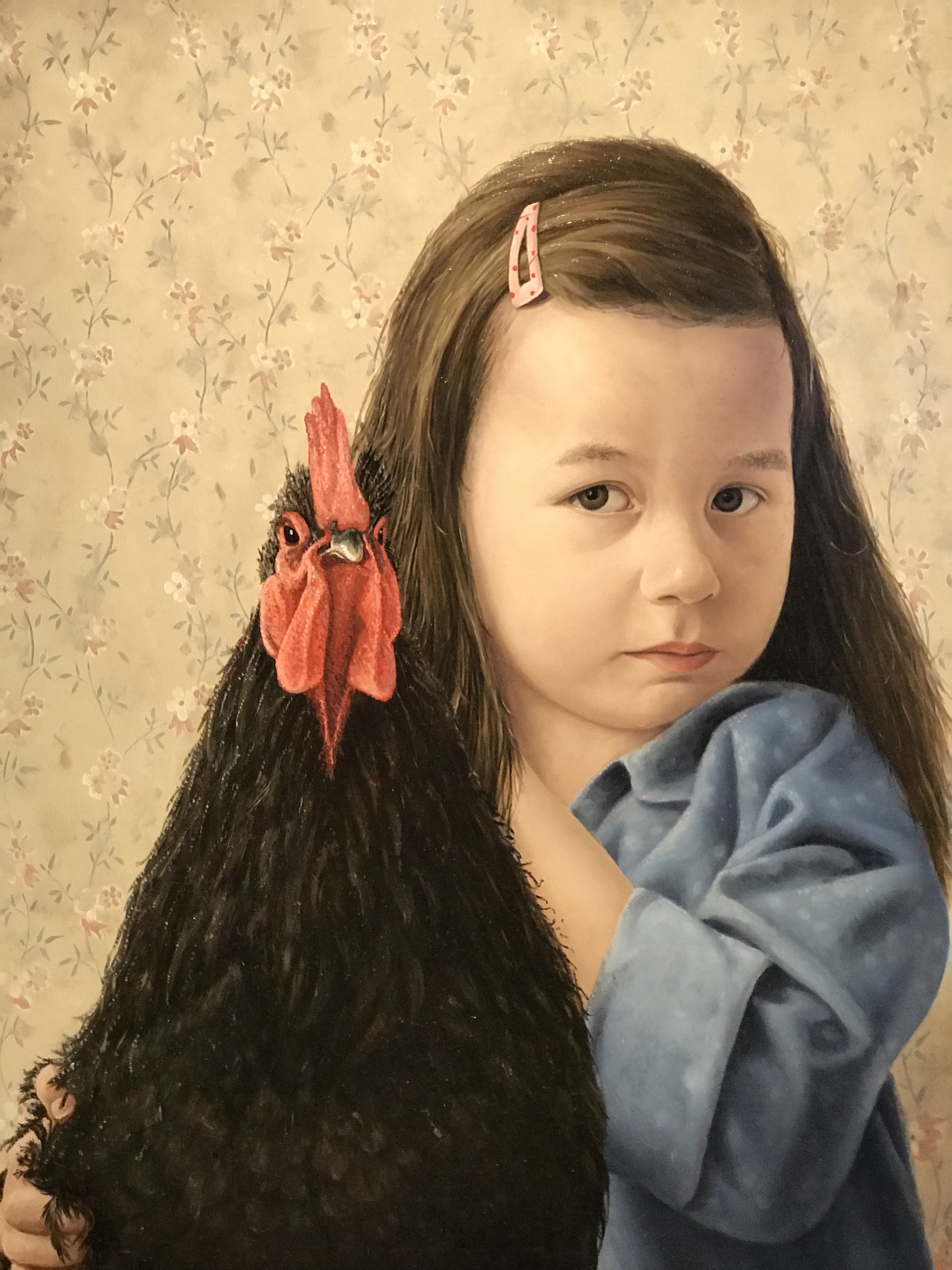 I love portraits of children. One of my favorites was in an exhibit in Frederiksborg Castle outside Copenhagen. A child with a chicken: “Noa,” 2012. She’s the daughter of the Danish artist Dennis Mogelgaard. The chicken looks a lot more confident and happy about posing than the child does. I’m thinking that as far as the child was concerned, the chicken was a non-negotiable part of the deal with her dad. 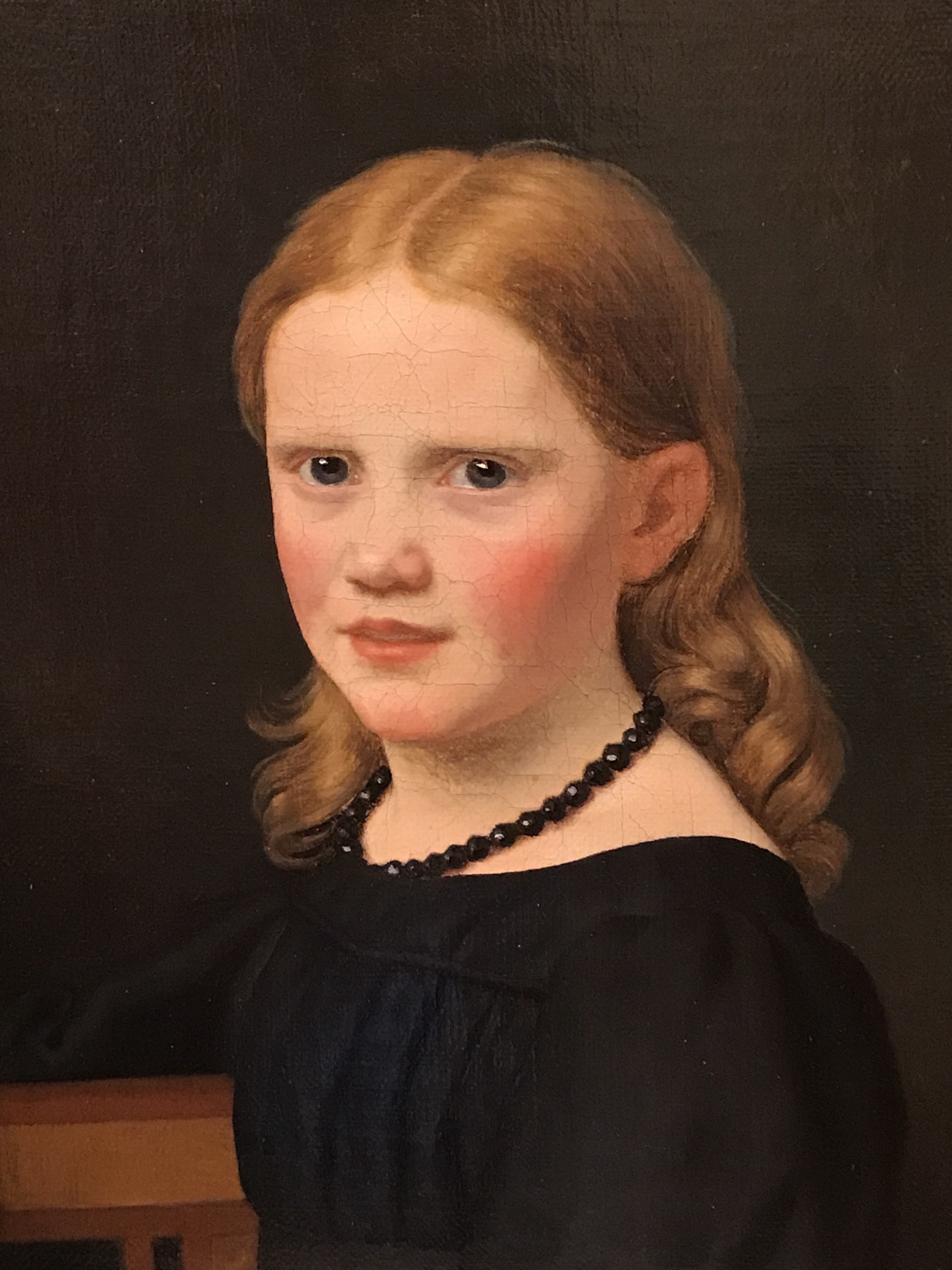 C. W. Eckersberg painted his daughter, Emilie, shortly after the death of her mother. She’s in black, but there are no other reminders of grief. Her rosy cheeks and brave smile are an affirmation of ongoing life, but I wouldn’t know that without the museum’s commentary. In this portrait, I can see echoes of my Scandinavian ancestors who made their way to Minnesota: face adversity with a smile, and don’t let anyone know what is really going on inside you. (This is both the good part and the bad part of a Midwestern Scandinavian upbringing). 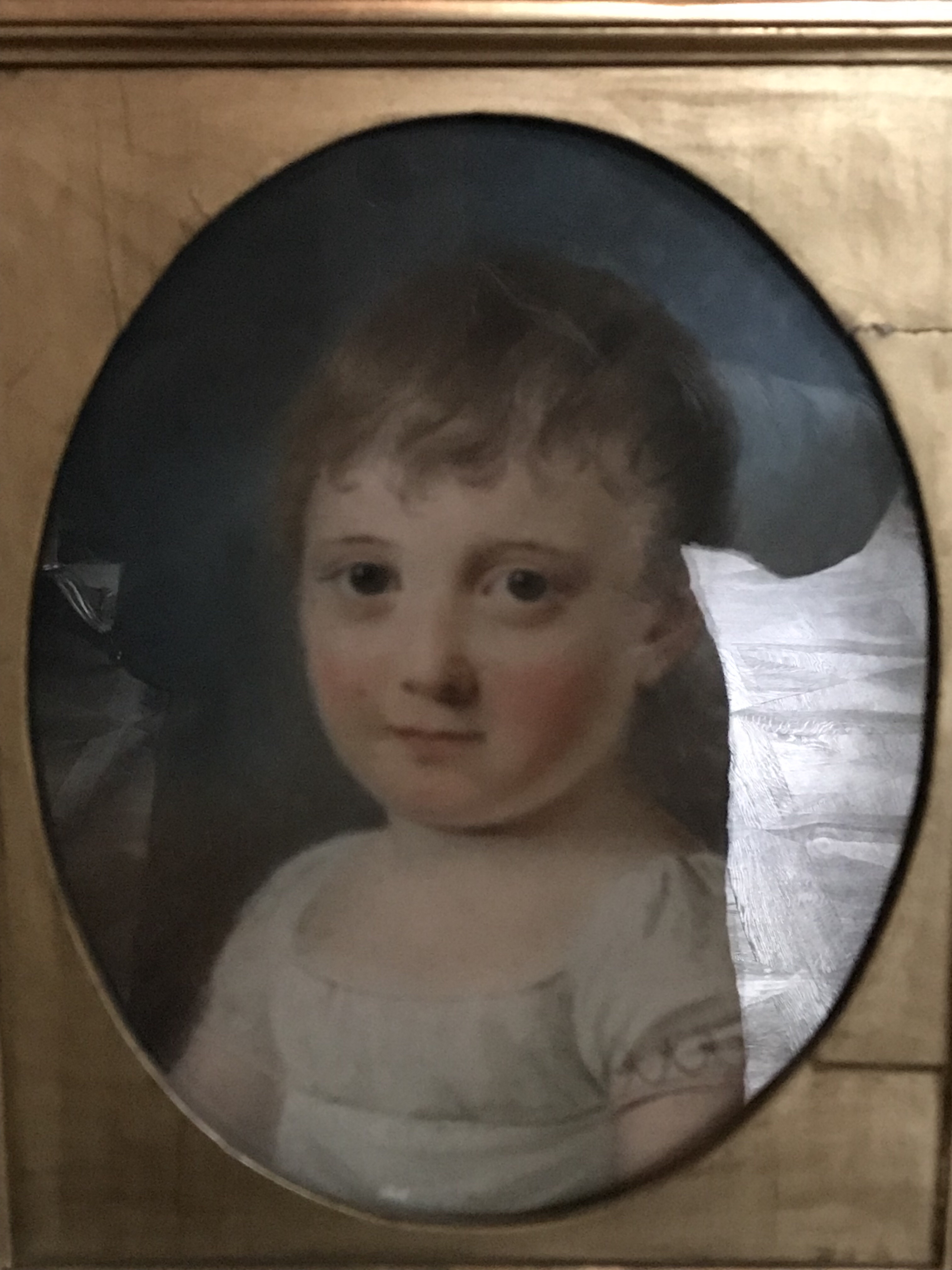 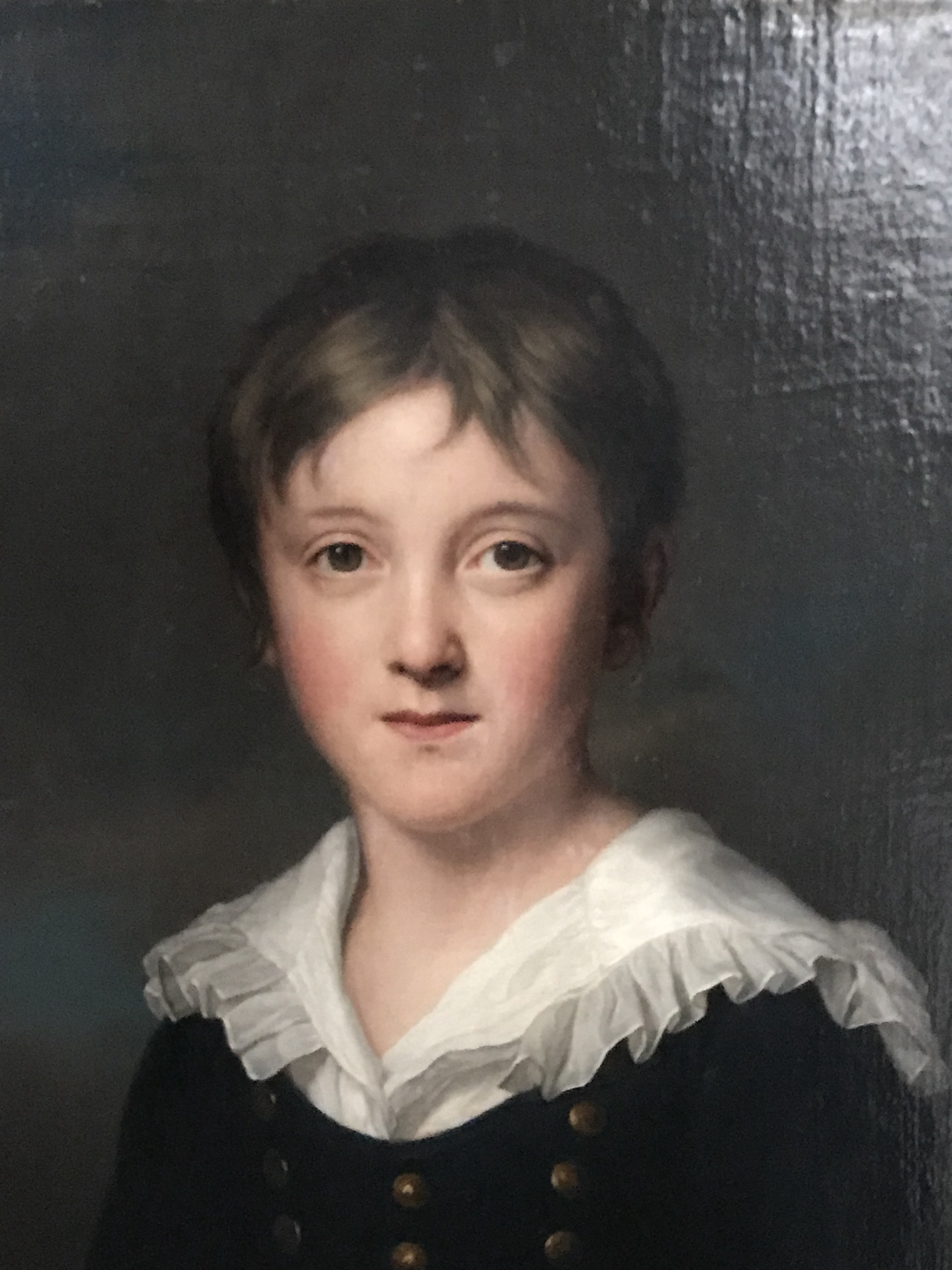 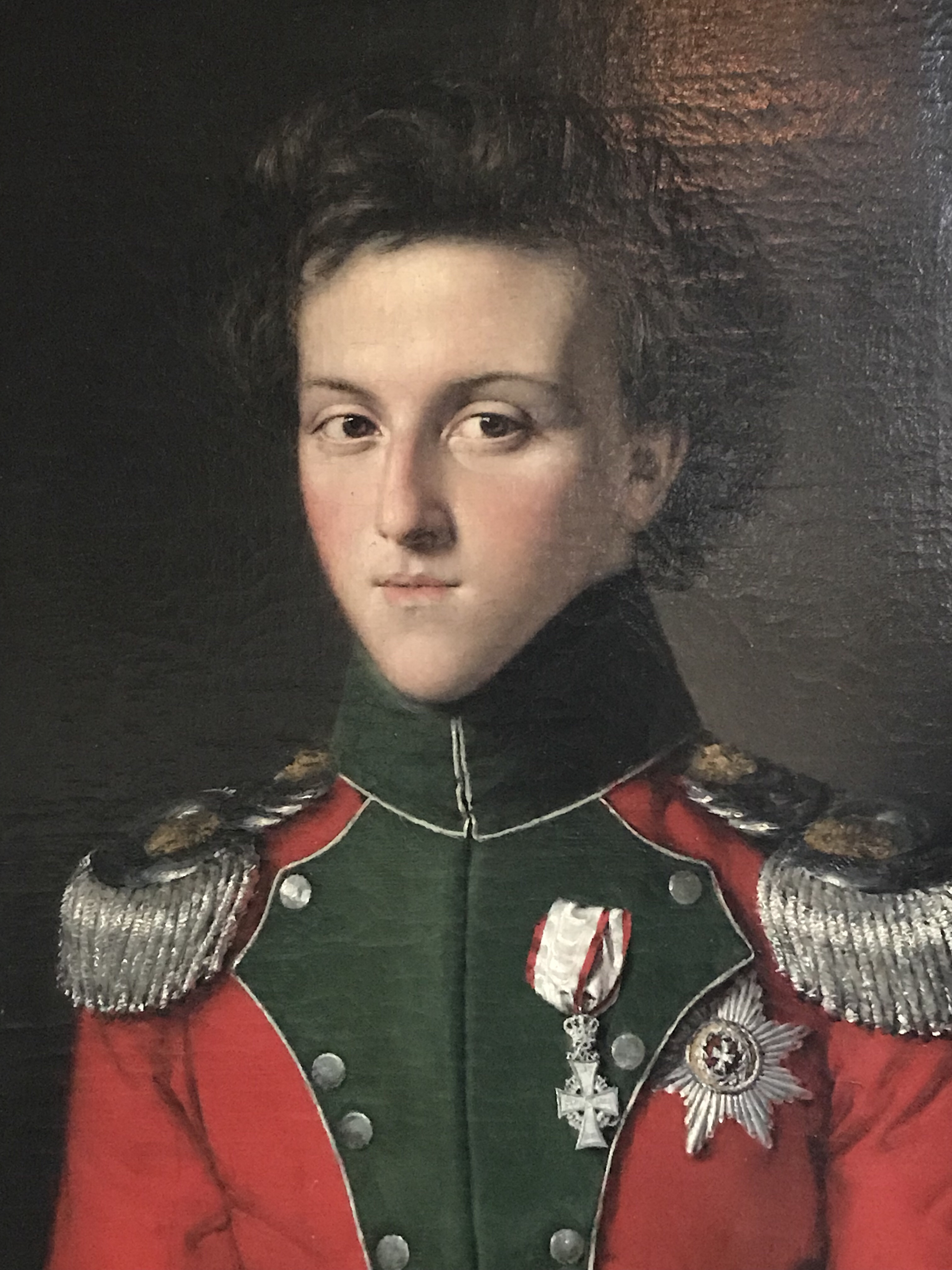 In Rosenborg Castle, I liked a series of portraits of the young prince who grew up to be King Frederik VII. 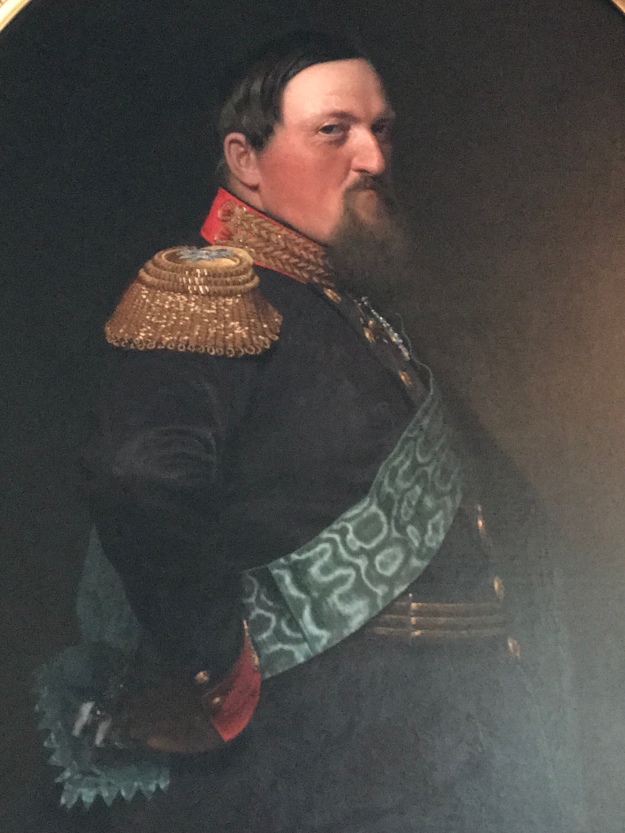 I privately liked him much better as a child than as an imposing king. 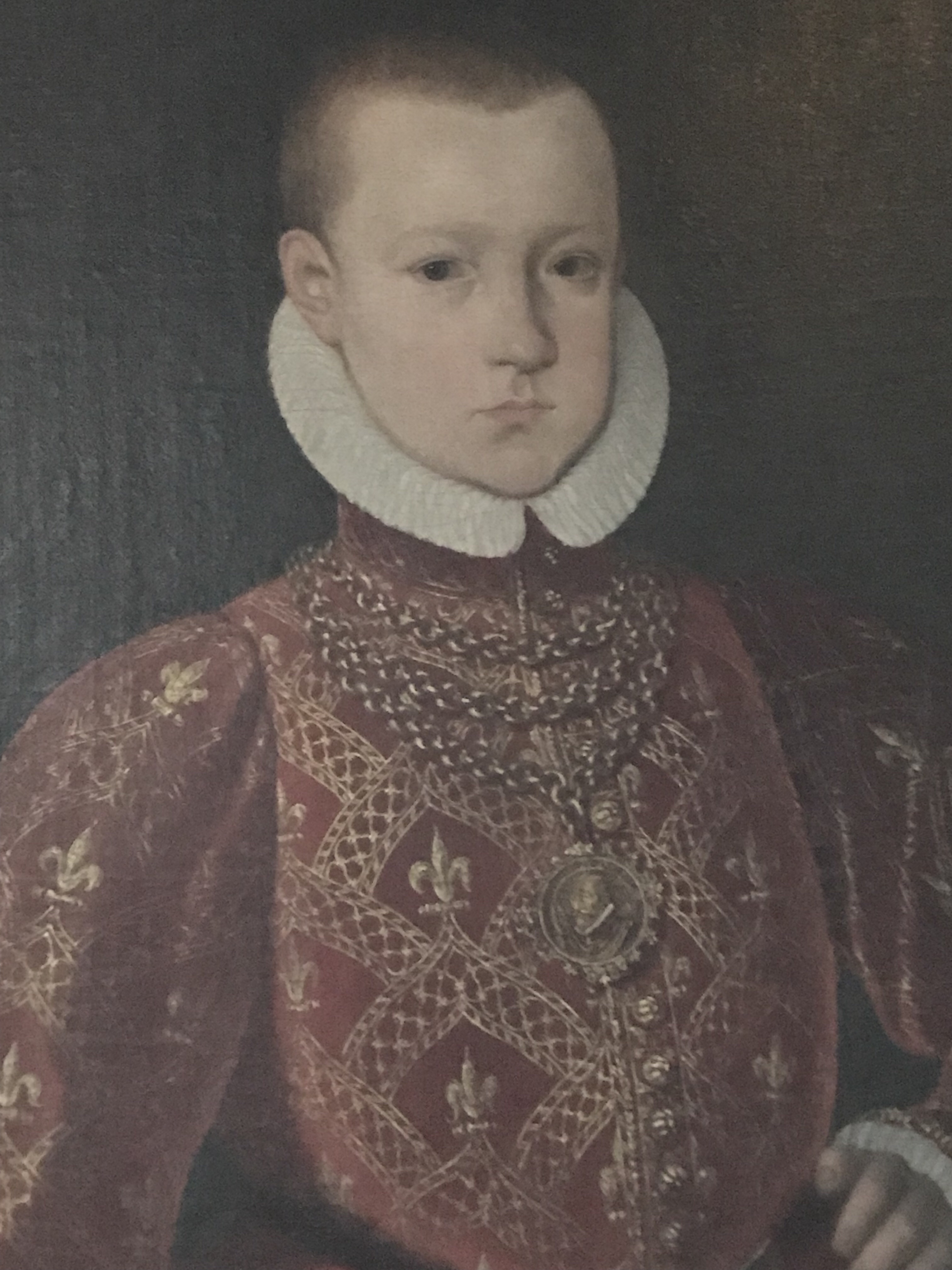 His famous ancestor, King Christian IV, is featured in a delightfully sober childhood portrait in the castle. (Christian deserves at least one post all his own). 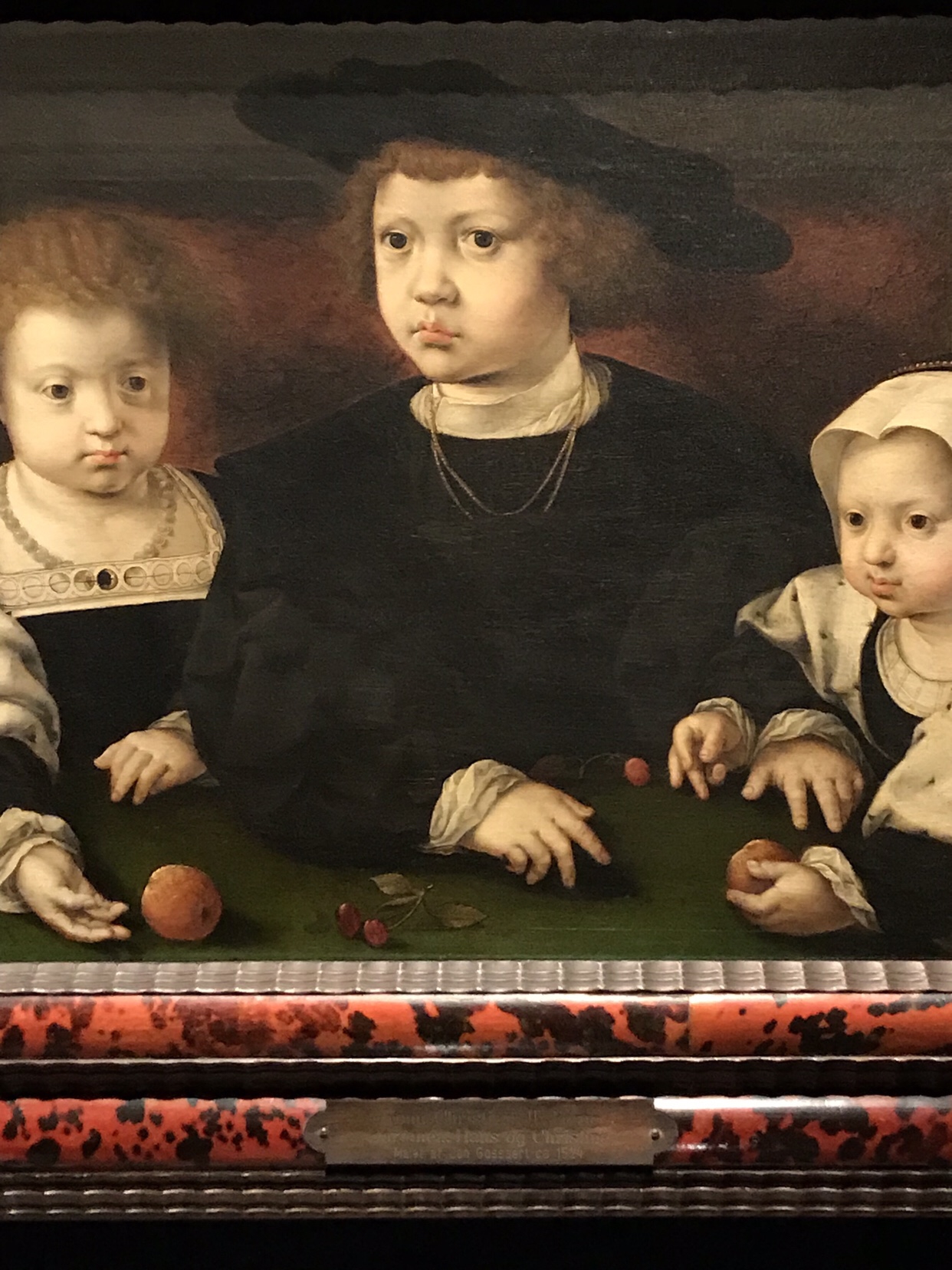 This portrait, in Frederiksborg Castle, shows three royal children in exile in Germany, in 1526. They were the children of King Christian II, exiled mainly because their parents were followers of the upstart Martin Luther. Their mother died in exile. The artist, Jan Mabuse Gossaert, was probably commissioned to paint the children to show that they were still promising marriage material for European royal houses elsewhere. Aside from being royal pawns, these were real children with real names: Christine, Dorothea, and Hans. 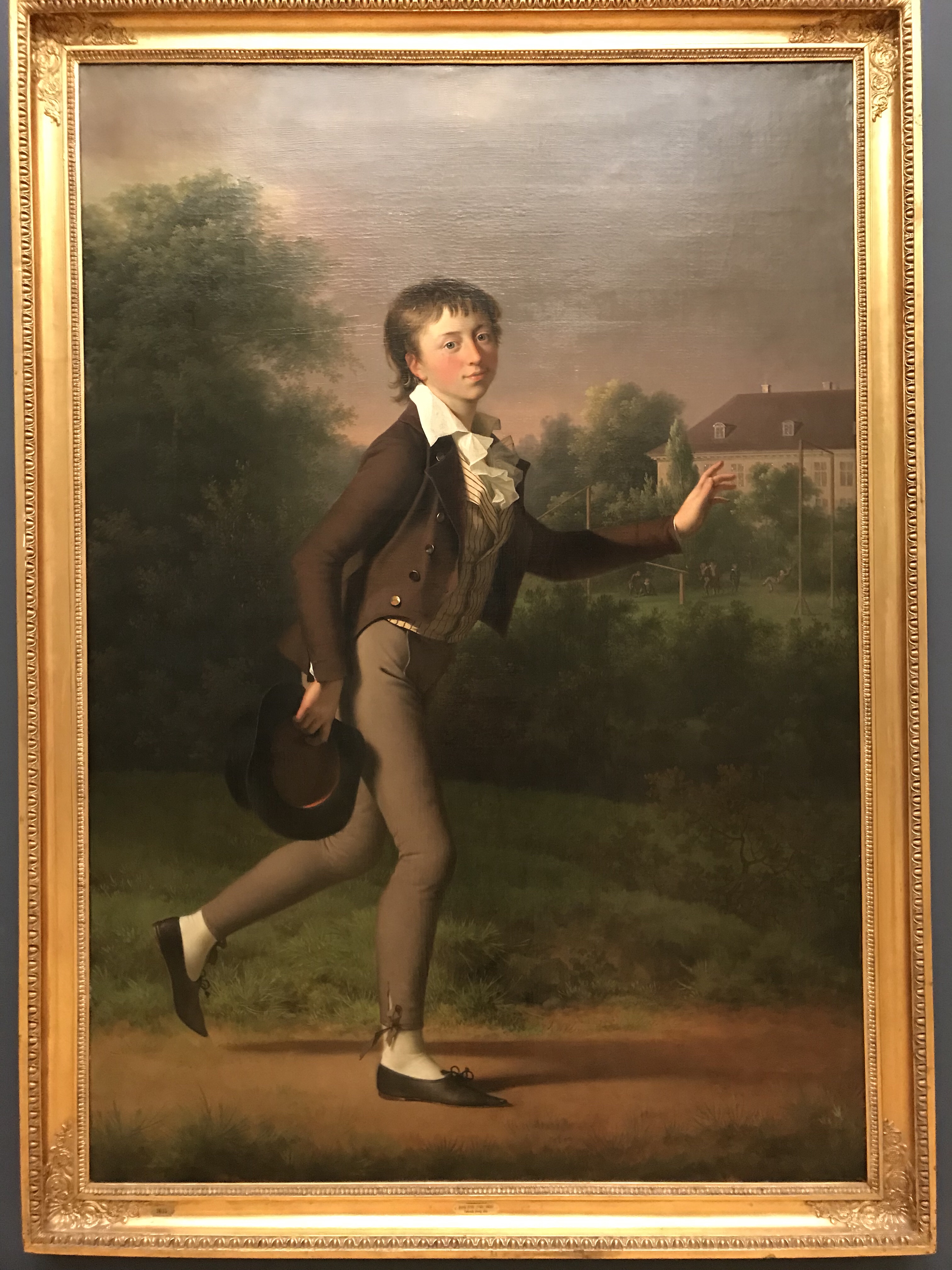 Jens Juhl painted “A Running Boy” in 1802. He looks wistful, not really intent on getting anywhere. He’s caught in action at the Danish National Gallery, frozen in time. 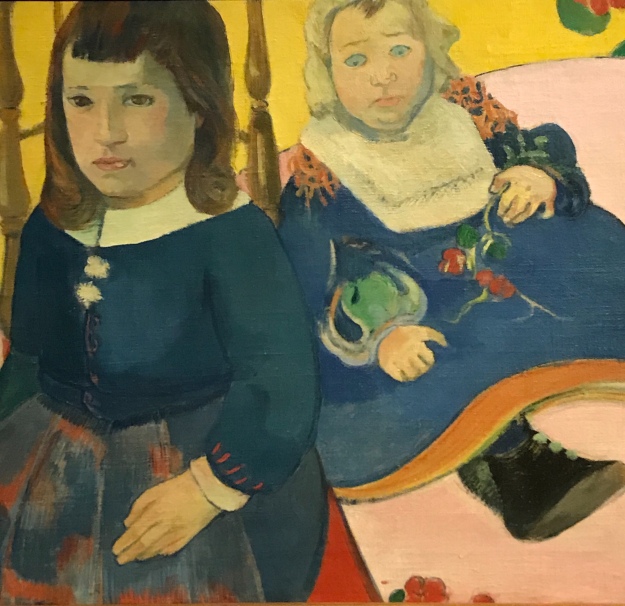 Paul Gaugin, “Two Children, 1889, in the Glyptotek. (All of the photos in this post are mine, taken of the paintings in close-up. They don’t really do the paintings justice, but at least they remind me of what I found compelling). 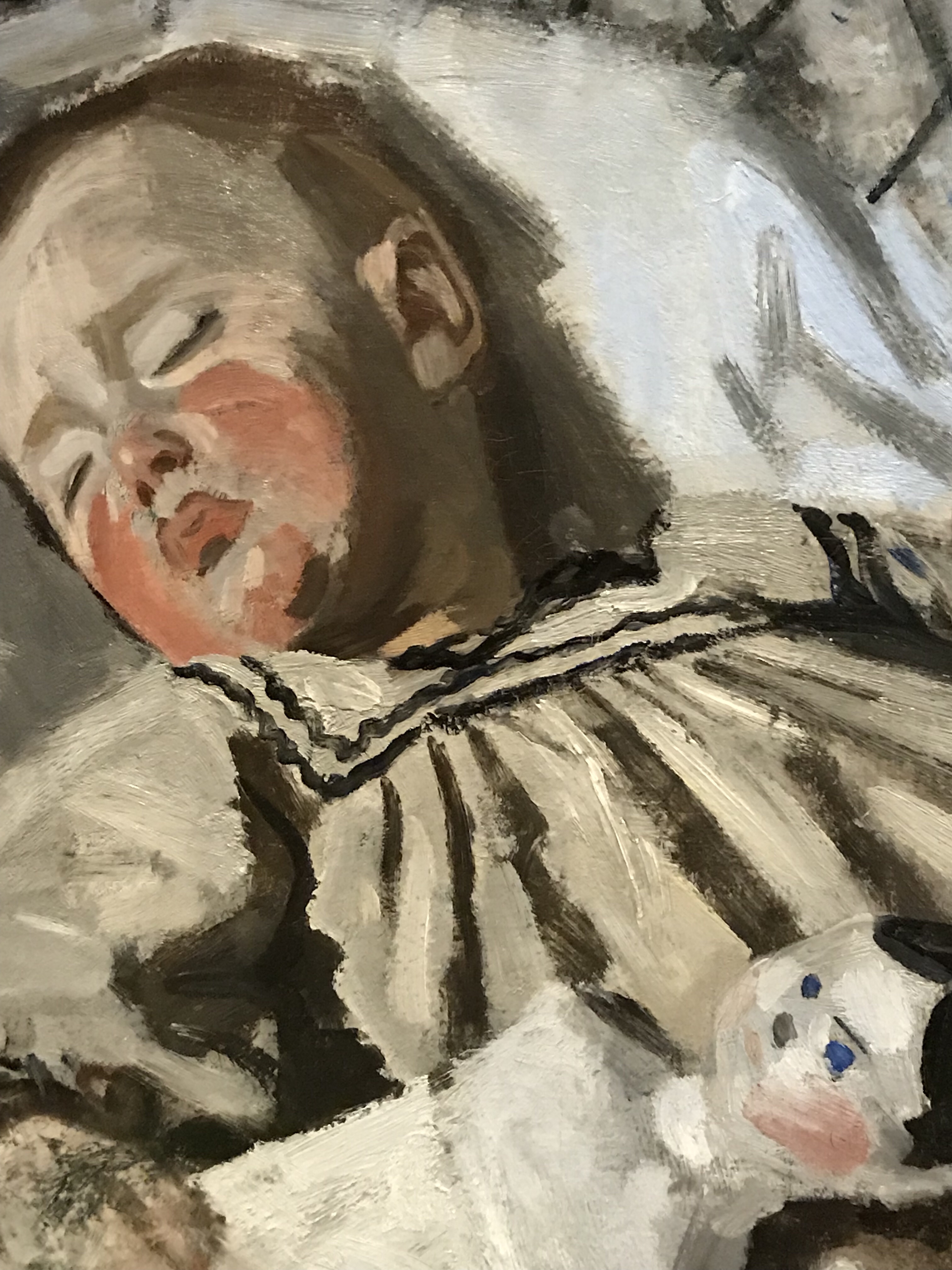 This is an early portrait by Claude Monet, “The Artist’s Son,” 1868, in the Glyptotek. 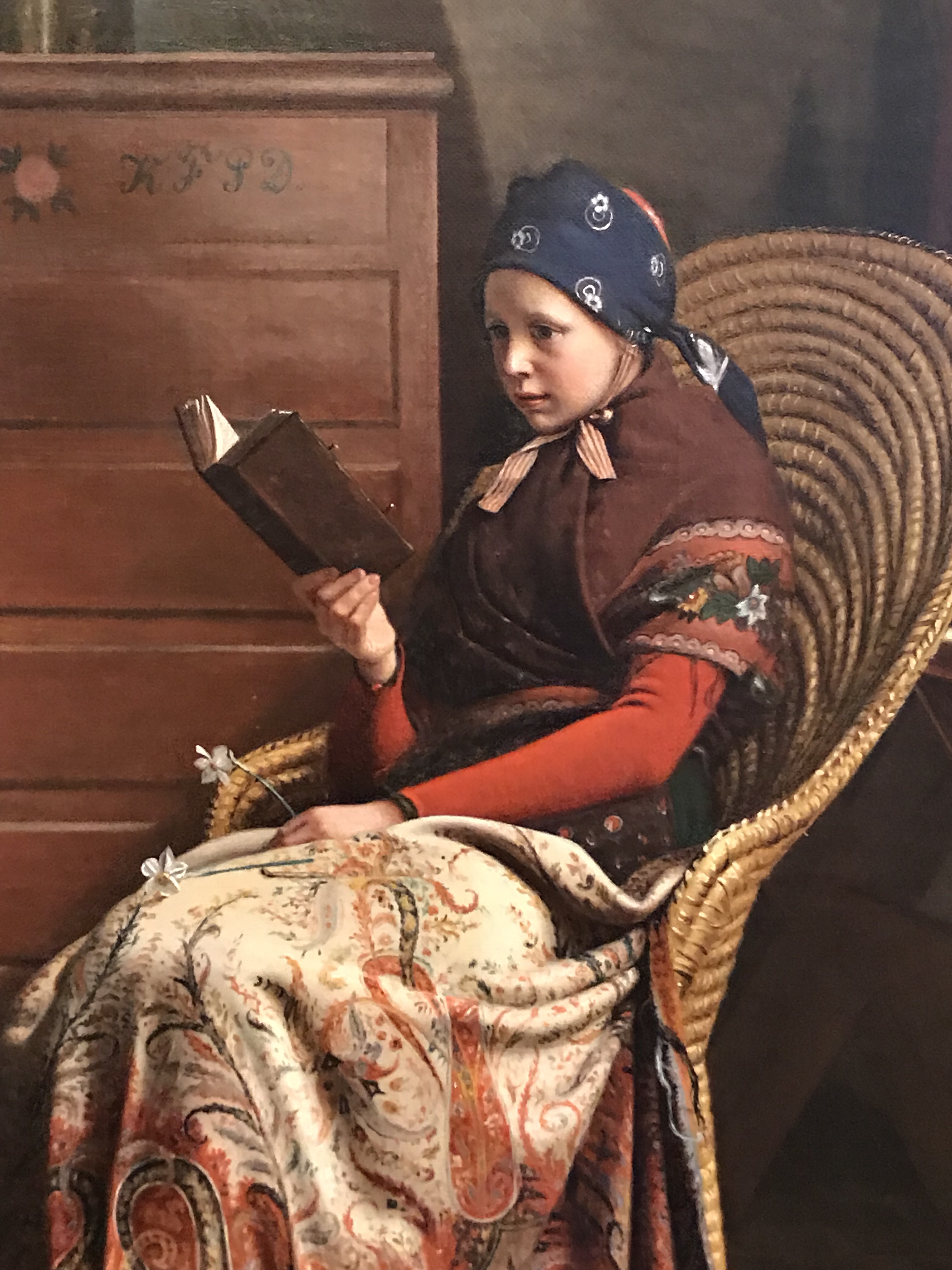 Christen Dalsgaard, 1870, “A Convalescent,” in the Glyptotek. I think the blossoms she is holding have a sad connotation, especially the one that’s fallen from her hand. Children very often died from common childhood illnesses–and still do, when they live in poverty anywhere in the world. 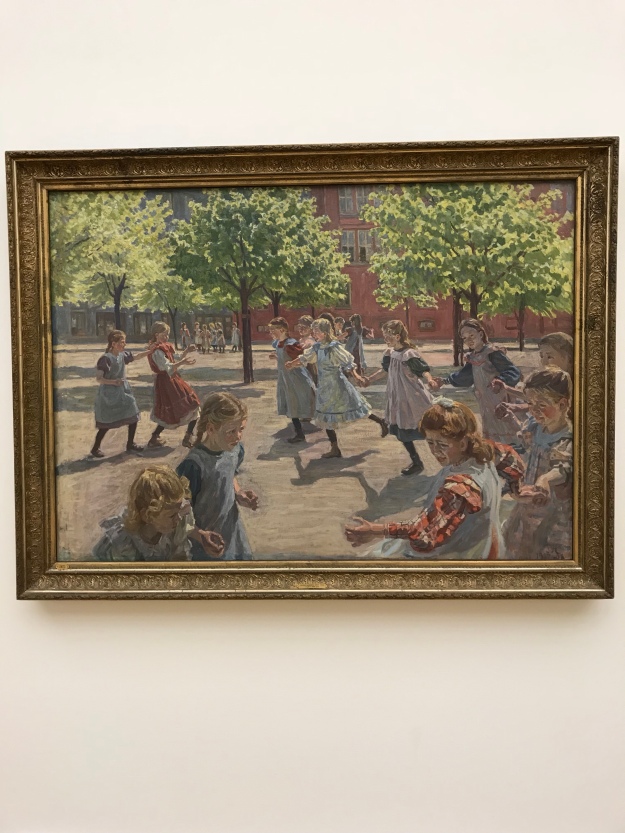 A happier image is this painting by Peter Hansen, “Playing Children, Enghave Square,” 1908, in the National Gallery. 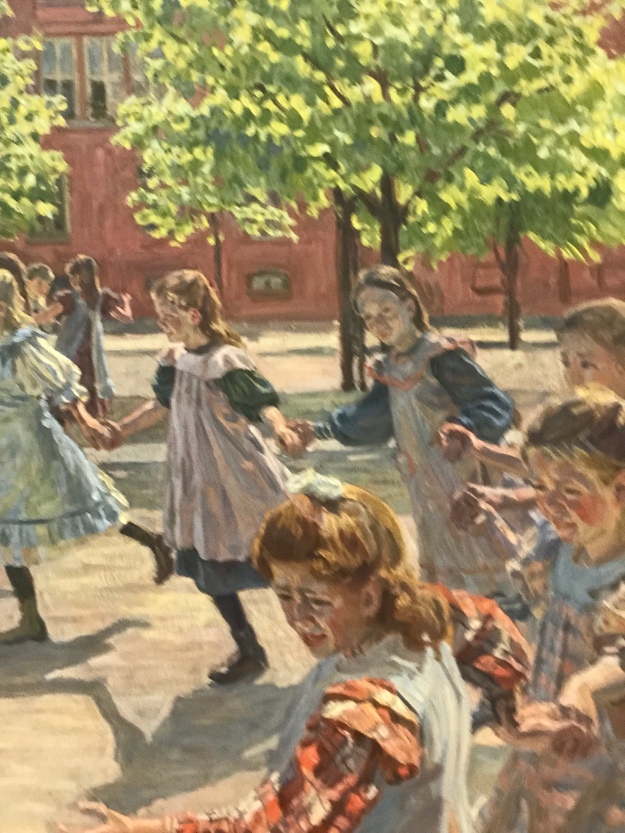 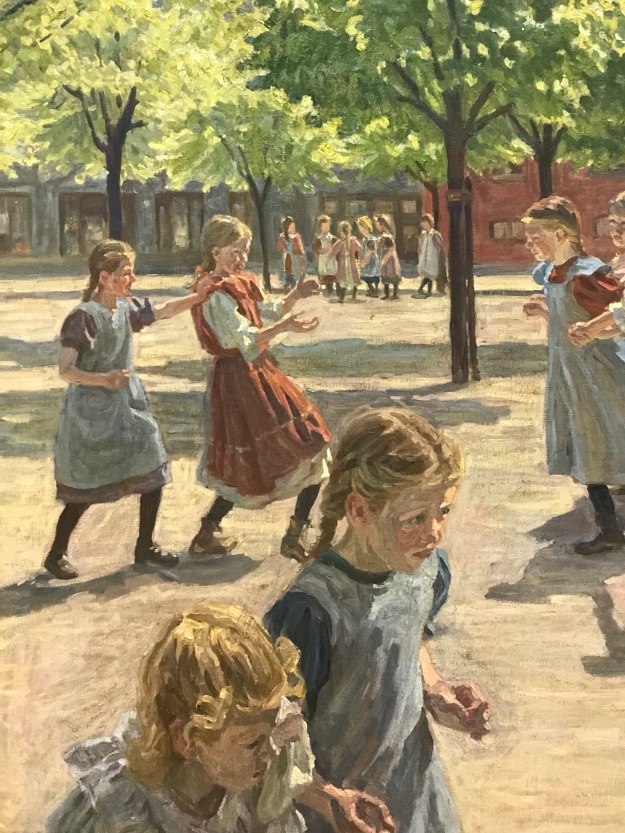 The joyful faces remind me that as much as I love art, it’s time to get outside into the streets and squares of beautiful Copenhagen. 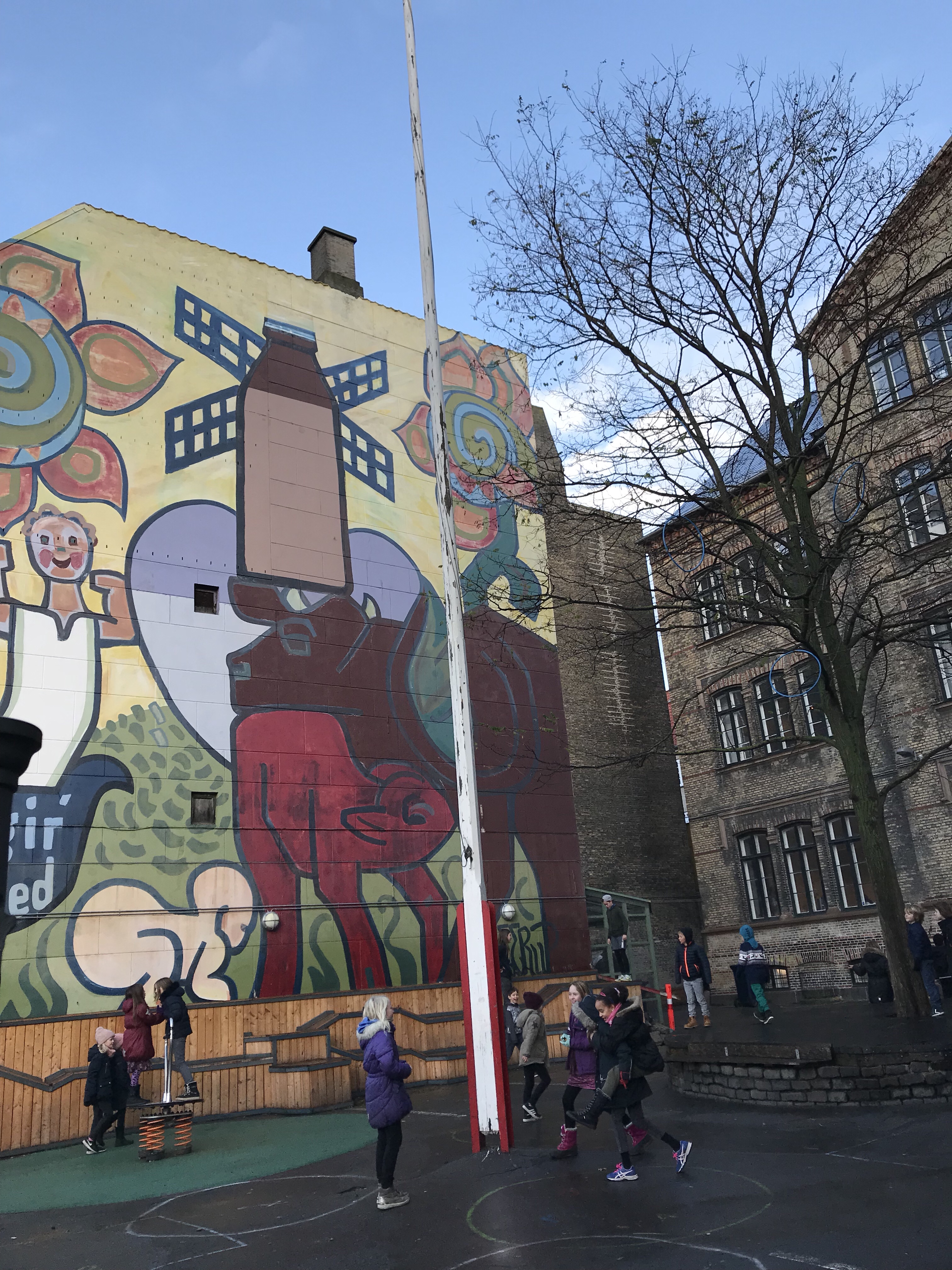 Children are playing out there! And because they’re fortunate enough to live in beautiful Copenhagen, they’re surrounded by art.

2 thoughts on “Child Portraits in Copenhagen”