Given the chance, I always make a beeline for the home-turned-museum of any writer, whether I like the writer or not. Why? Because writers hardly ever made much money (most of them still don’t, truth be told) and lived quite ordinary lives. But a few became famous enough that their admirers somehow preserved their homes. My theory is that wandering around the home of a writer is one of the few ways to see how ordinary people lived back in the day. 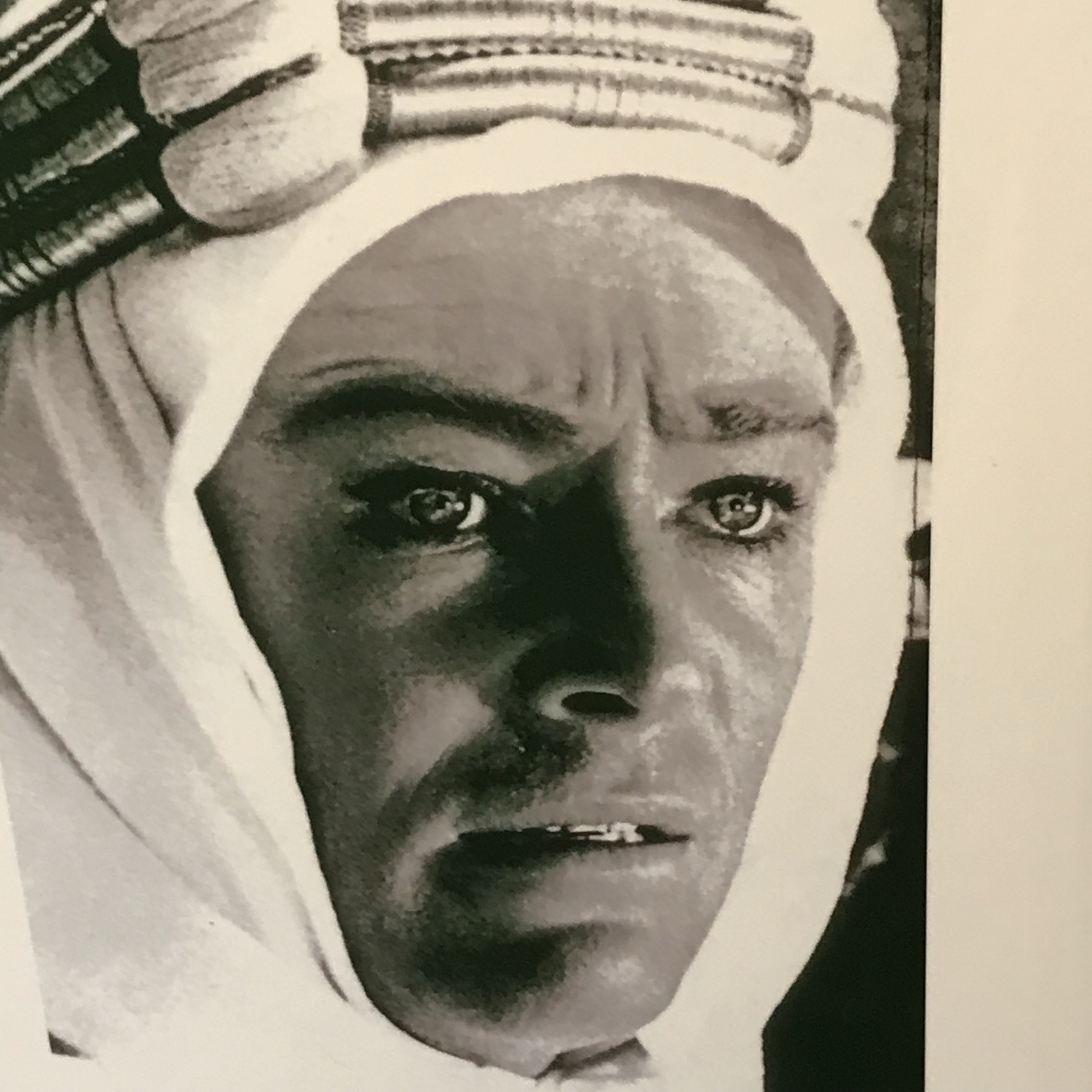 Clouds Hill in the rural reaches of Dorset was once the home of a very non-ordinary man, T. E. Lawrence, better known as Lawrence of Arabia. I had a vague memory of him from the 1962 movie starring Peter O’Toole. I saw the movie on a high-school date in downtown Minneapolis. But what I really remember is Peter’s electric presence on the screen. And those piercing blue eyes! My date was probably a very nice boy, but I couldn’t tell you a single thing about him.

How did a world-famous war hero end up as a humble Private on an Army base, with special permission to escape during his free time to this tiny cottage?Why had he enlisted under assumed names as an airplane mechanic and later in the Tank Corps? Why did he want to disappear? What was the big deal about him in the first place?

The questions intrigued me enough to download and read Michael Korda’s biography while I was still traveling. I have to admit just skimming quite a bit of the intricate military and political detail. What I wanted was to understand the man, but he was so eccentric and so private that I think nobody ever really understood him. I think he liked it that way.

The following summary of Lawrence’s life is vastly over-simplified, but it at least begins to explain how he became what, with all due respect, I’d call a very strange dude. Korda’s book, the National Trust guidebook, and displays at the cottage are my sources.

Thomas Edward Lawrence was born an outsider in Victorian Wales in 1888. His father, Sir Thomas Chapman, had left an unhappy marriage, four daughters and prosperous estates in Ireland and run off with the family governess, Sarah Junner.  She was herself an illegitimate child whose father was unknown to her. They called themselves “Mr. and Mrs. Lawrence” although they were never free to marry because Lady Chapman would not agree to a divorce. They had a small but steady income from investments, and raised their five sons together. 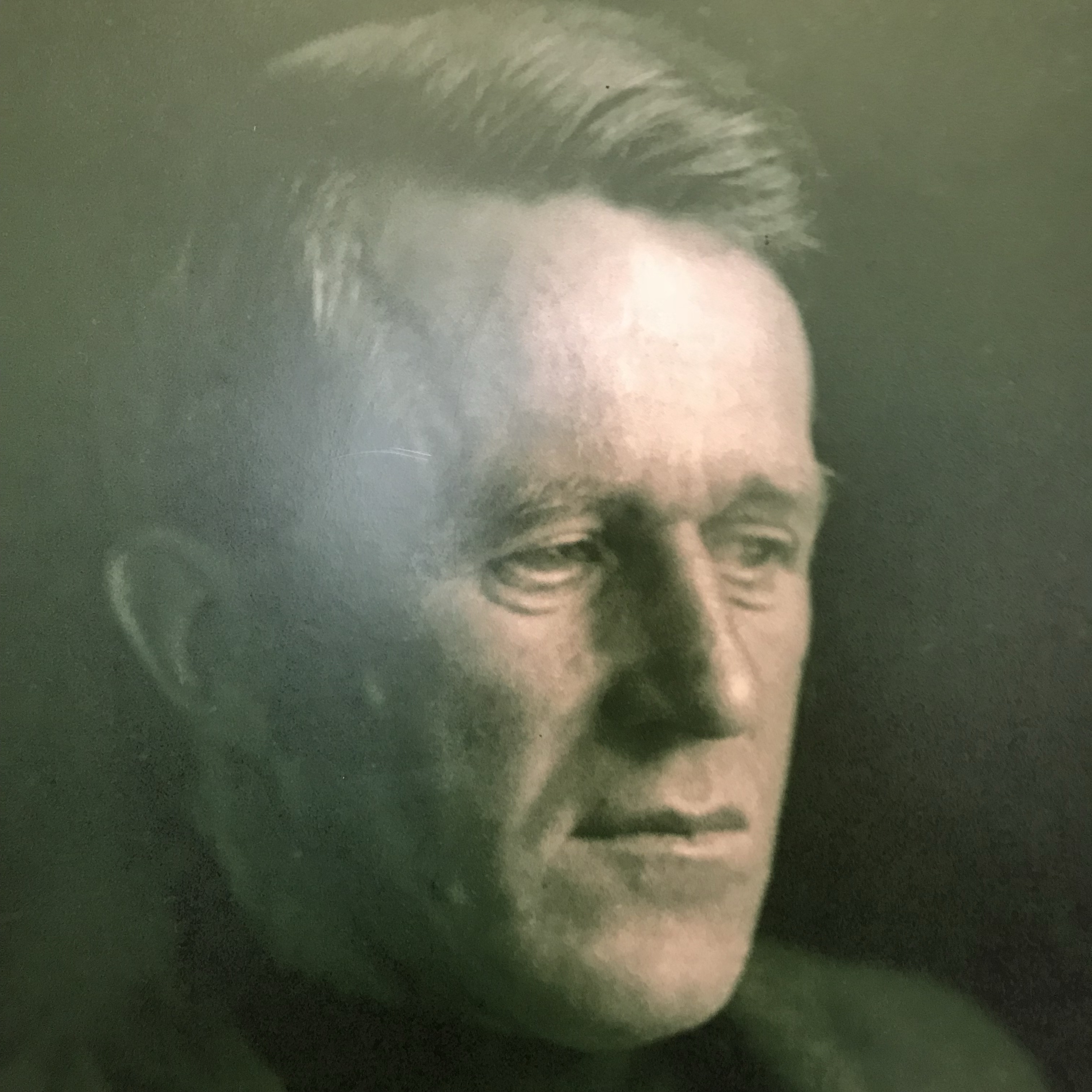 T. E. Lawrence had a fraught relationship with his parents. They tried to keep secret the fact that they were “living in sin.” His mother in particular underwent a radical religious conversion which she tried to impose on the family. She beat her most strong-willed son, sedated him, had him painfully circumcised at age 9, and by his account, tried in every way to get him to behave like her idea of a perfect child. (Good luck with that). He was glad to escape to Oxford, where he won First Class Honors in modern history in 1910. He went off to Syria to work on excavations run by the British Museum. Then World War I broke out.

The war found Lawrence serving as a Colonel in British Military Intelligence in Cairo. At the time, the Turkish Ottoman Empire ruled most of what we now call the Mideast. In 1916, the Arab Revolt began. Lawrence encouraged the uprising and quickly became one of its leaders, becoming adept at guerrilla warfare. He had a fine time of it, racing around the desert in Arab robes, blowing up railway lines, and earning the trust and friendship of Arab leaders like Prince Faisal. Finally, in 1918, Lawrence helped the rebels capture Damascus and the power of the Ottoman Empire was broken.

Lawrence had agreed to do all this because he believed passionately in Arab self-determination. But far above his pay grade, politicians had secretly planned all along to divide the Mideast into French and British sectors. He had been used. 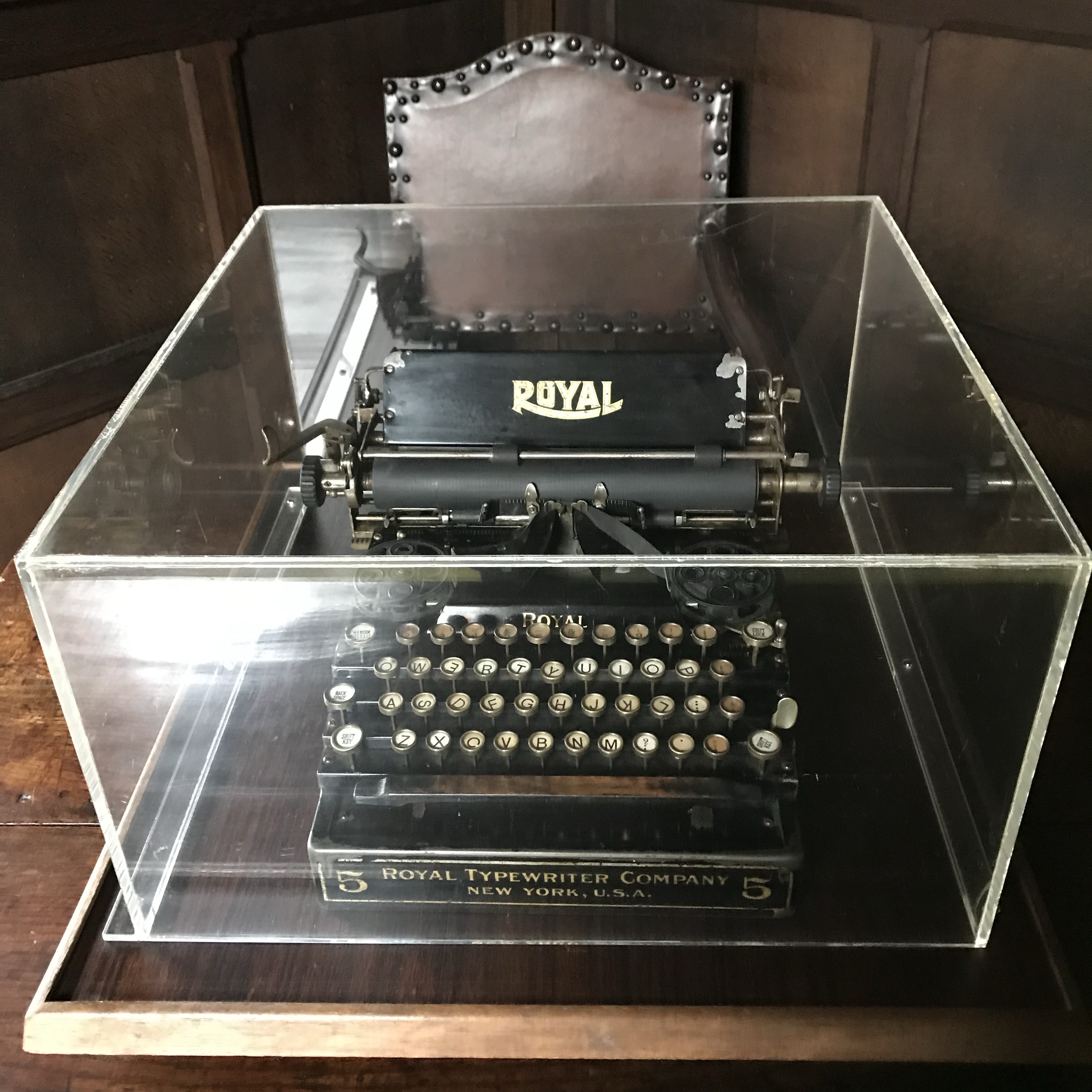 Lawrence went back to England and wrote about his war experiences in his book “Seven Pillars of Wisdom.” But his fame dogged him. And it seems he suffered from what we would now call post traumatic distress syndrome–no surprise, since during the war he had been captured, tortured and raped. He needed a safe haven and anonymity. Friends helped him become a humble enlisted man, although his real identity was never much of a secret.

Lawrence was not rich, but he had enough money to gradually turn his cottage into a fine man-cave. He had a special reading chair built. He was a small man, only 5 feet 5 inches (Peter O’Toole was well over 6 feet). During the twelve years Lawrence occupied the cottage, he had a large library which was actually his most valuable possession, sold after his death. 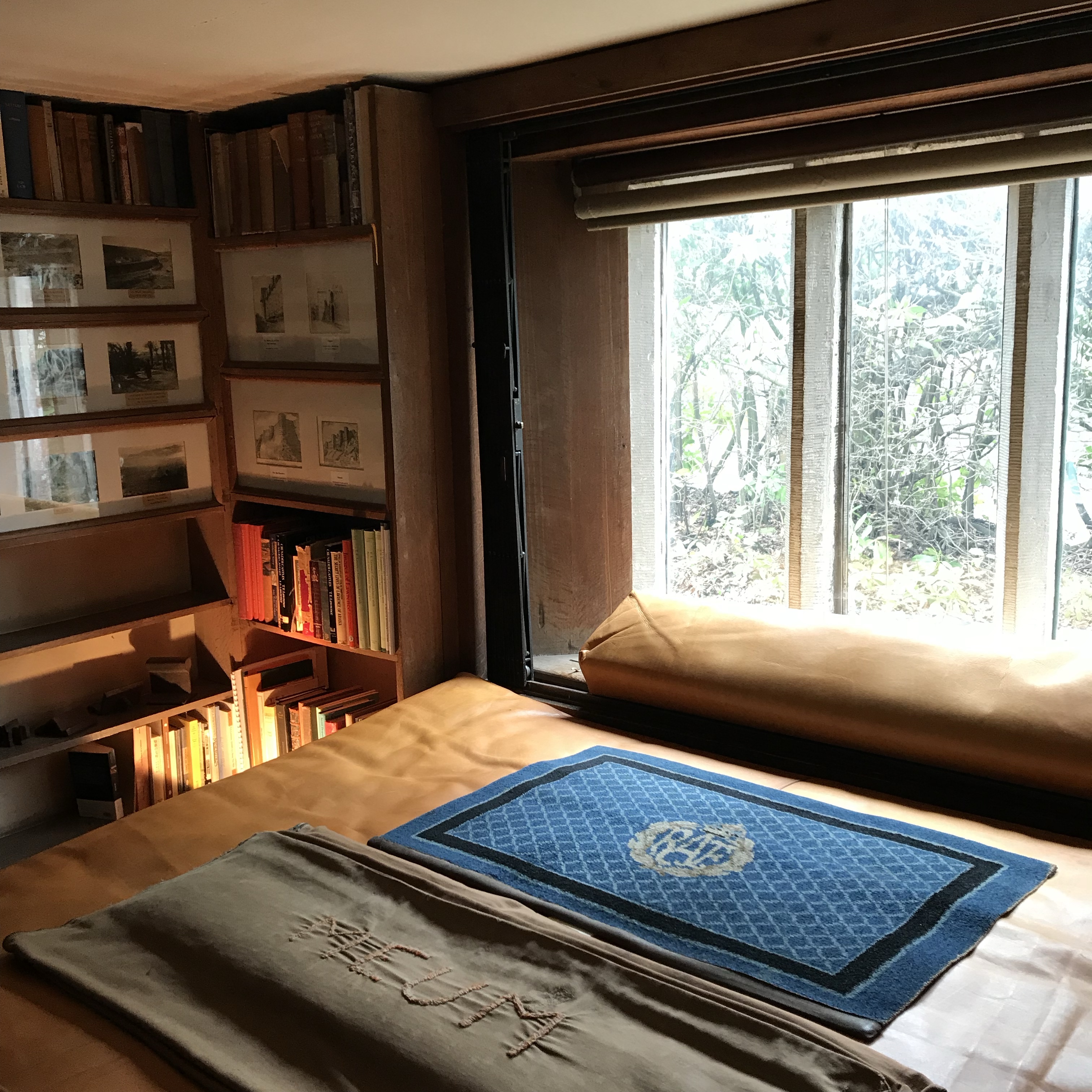 He slept in his quarters on the military base, but lounged and listened to music in his cottage while he read and wrote. Besides his own writing, he worked on translations which brought in a little income. 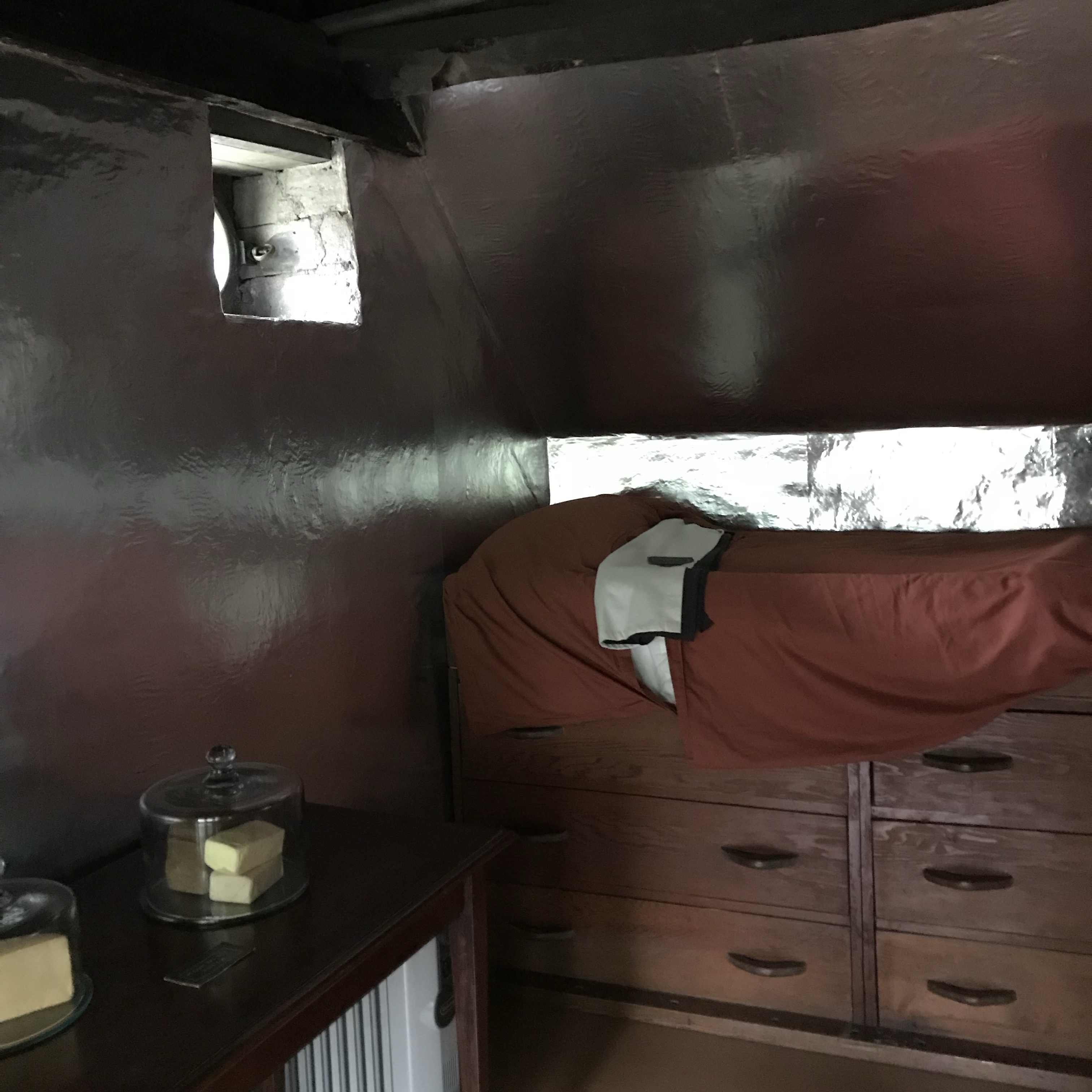 He entertained friends and eventually built a sort of pantry with a bunk bed for visitors. He built a fine bathroom and figured out how to fill his tub with hot water, although the cottage never had proper running water. The cottage never had a kitchen. Lawrence made do with food from the Army mess and nearby cafes.

Another luxury was a series of expensive motorcycles which no mere enlisted man could afford.

There’s a lot to think about in Lawrence’s story, There’s the constant tension between high-level politics and the military people who try to carry out orders which might not have been truthfully explained to them. There are the lifelong physical and psychic wounds of warfare. There are the demands and pitfalls of fame. Lawrence’s strict Victorian upbringing looks in hindsight like it seriously damaged him, but it was probably not so unusual for the time. In his brief 46 years, Lawrence lived a full life, if not a happy one.

The 1962 movie is still well worth watching. In it, Peter O’Toole’s blue eyes are as piercing as ever.