Apparently the art of topiary began under the Romans. Did Julius Caesar ever order up a topiary pig? This one lives on the grounds at Hever Castle, in Edenbridge. It’s about 30 miles south of London.

How about a reindeer?

Or a nice songbird. 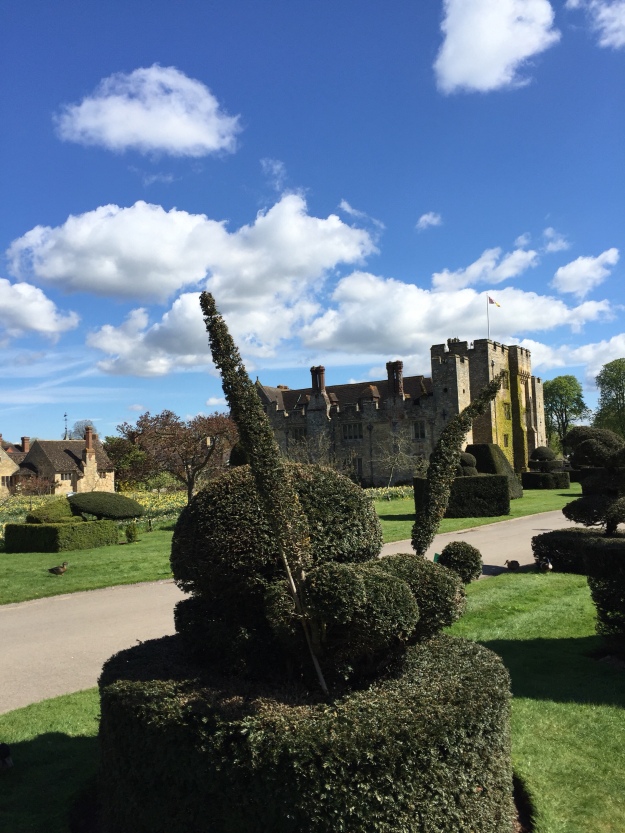 I’m pretty sure this is a giant snail.

Hever Castle was the childhood home of the unfortunate Queen Anne Boleyn. The castle was the family seat of the Boleyns from 1462 to 1539.

Tour guides in period costume roam the creaky hallways and courtyard today. Photos are not allowed inside, much to my disappointment.

Visitors wait in the courtyard to be let in by timed ticket. There’s not much to see while waiting, but it’s interesting to get a glimpse of how the house was constructed centuries ago. I think the walls were made with a “wattle and daub” method.

No doubt there were fine Tudor gardens during the heyday of the Boleyns, but I doubt they would compare to the gardens planted by William Waldorf Astor when he bought the derelict castle in 1903.

He had become the richest man in America on the death of his father in 1890, but after failing at politics and having a falling-out with some of his relatives, he took his vast fortune to England and became a British subject in 1899.

Hever Castle was more or less abandoned and falling into ruin until Mr. Astor made it one of his family homes. He needed a country place to entertain his famous friends, like Sir Winston Churchill and his family. 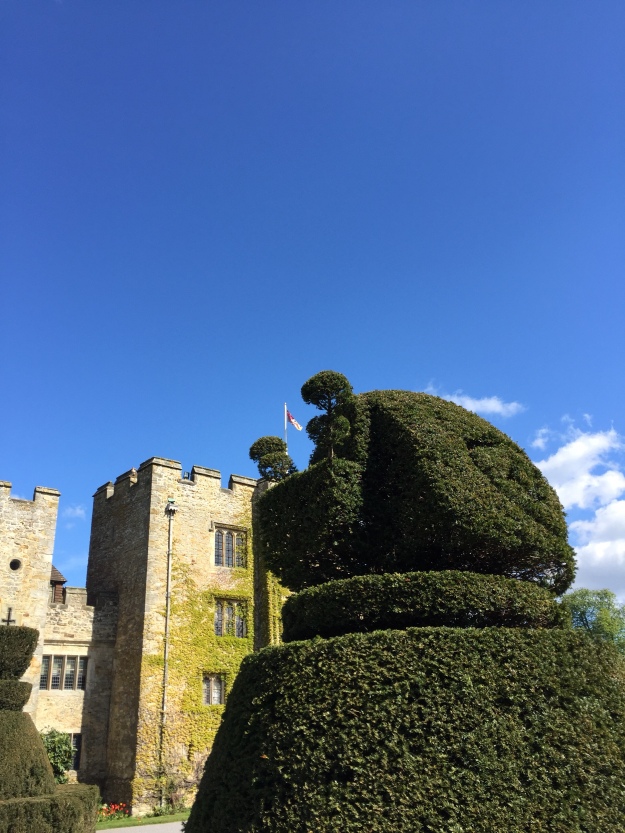 Mr. Astor poured money into the house and grounds. He began planting yew and box hedges, which his small army of gardeners carved into topiary figures for the amusement of his guests. There are about 100 figures altogether. There’s a maze and water garden, too. 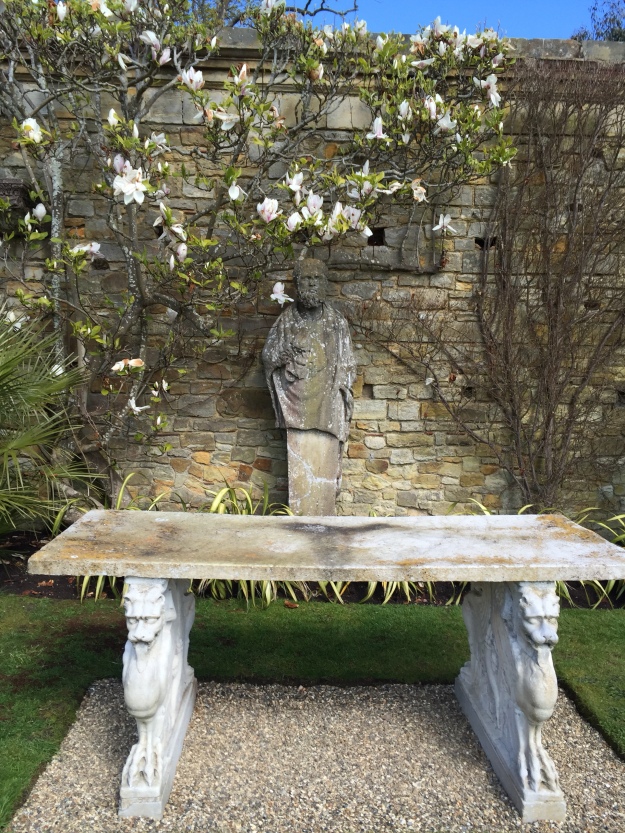 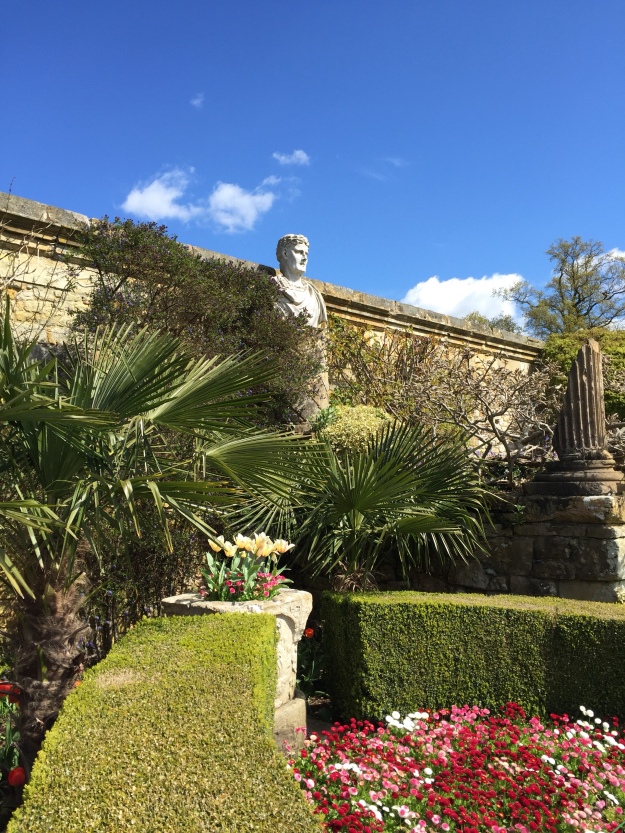 My favorite part of the estate is the Italian Garden, with statuary from Mr. Astor’s travels organized into little floral rooms. 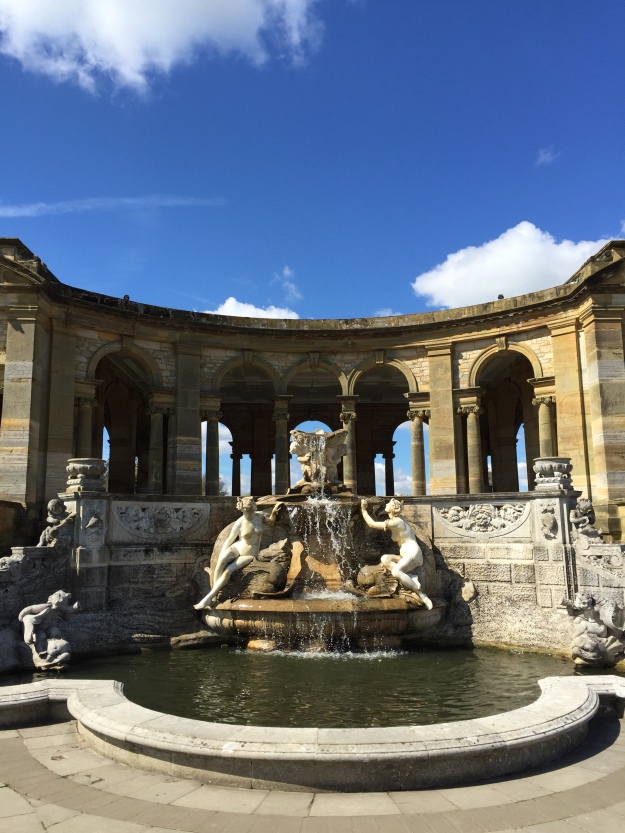 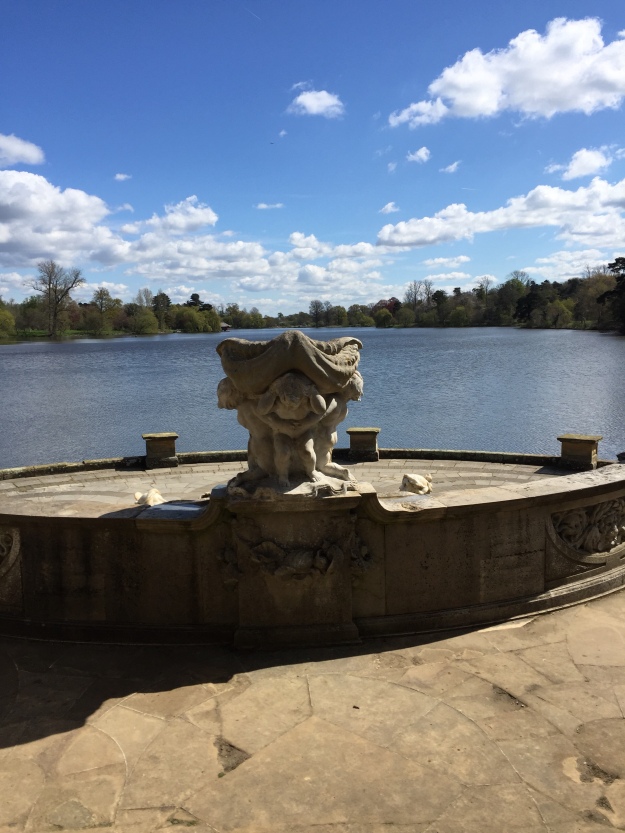 There’s an Italian colonnade leading to a lake.

Cherubs frolic in the colonnade on the lakeshore.

The nearby village church is a little melancholy. Several Astors are buried there. 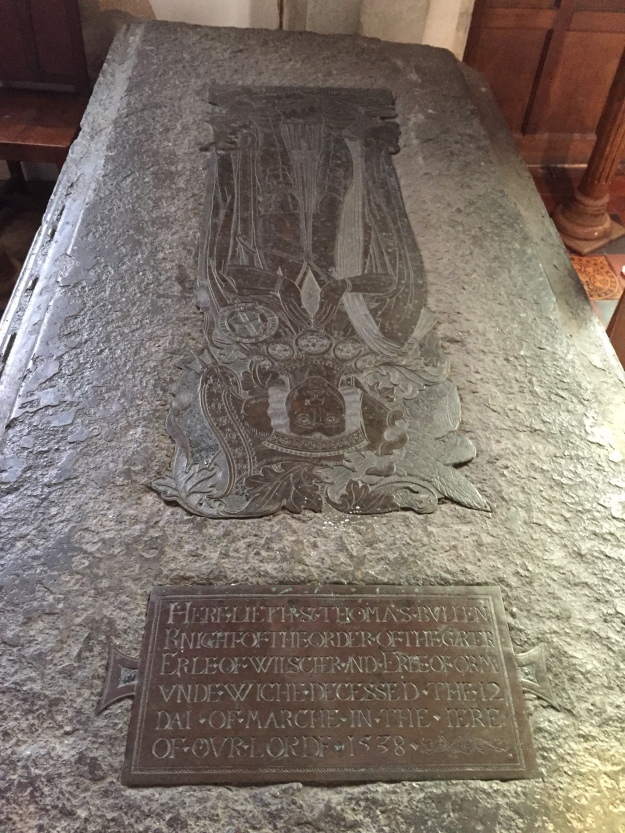 It also holds the tomb of Thomas Boleyn, father of Anne. The Boleyns seized the main chance under King Henry VIII, but their line died out when Thomas died in 1538. If I understand it correctly, Thomas sat in judgment for at least part of the trial of his son George and daughter Anne when they were convicted on trumped-up charges of incest. George and Anne were both executed, but Thomas survived. 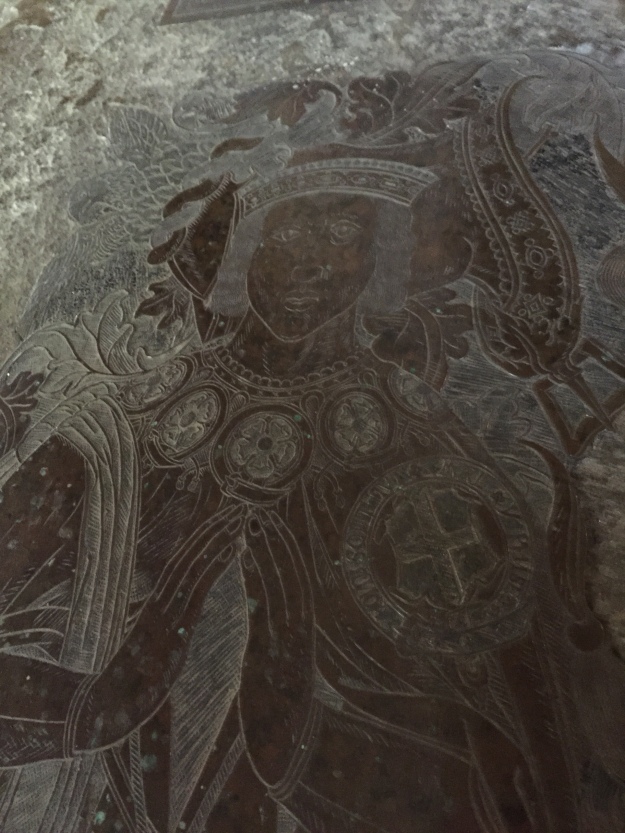 Here’s a right-side-up view of the image on Thomas’s tomb. Through the murderous reign of Henry VIII, Thomas had managed to hold on to his head and his castle at Hever, but he must have felt his family was pursued by the Hound of Hades. Did he regret the part he played in the fates of his son and daughter? I’m thinking his last days at Hever must have been sad and lonely.

After Thomas died, his castle passed to Henry VIII, who later gave it to Anne of Cleves as part of their dissolution-of-marriage settlement. Henry is known to have visited here. Inside the castle, not very much remains of the rooms these long-ago people walked in. But the stone walls and windows and doorways look about the same as they did during those turbulent Tudor times.