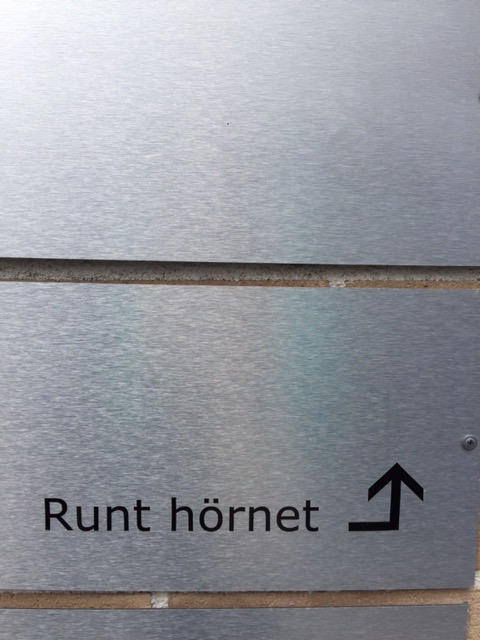 Major disappointment: the first time I went to Sweden, I kept seeing signs that said “Runt Hornet” on doors. I was enchanted. What a fine way to say “Ring the Doorbell!” Then I saw this sign on the corner of a building and went to investigate. Bummer! It actually meant “Round the Corner.” Oh, well, it still sounds cool. 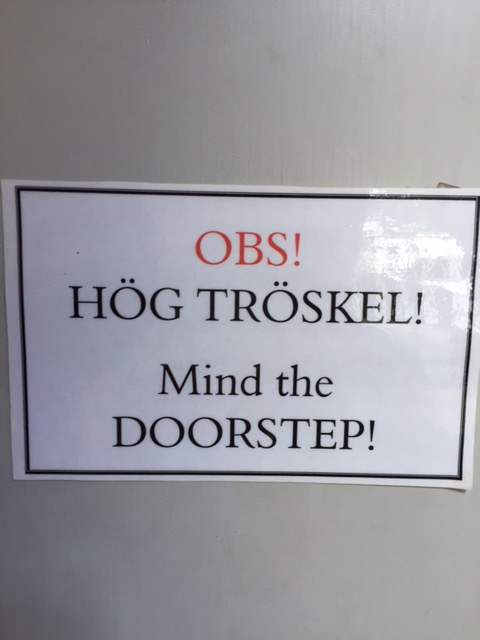 And “Obs” must mean “Careful!”, especially if it’s printed in red. 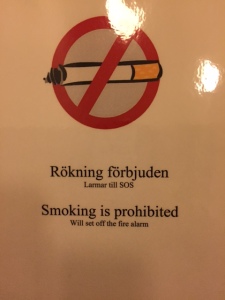 Smoking is “rokning.” I like the sound of the words. 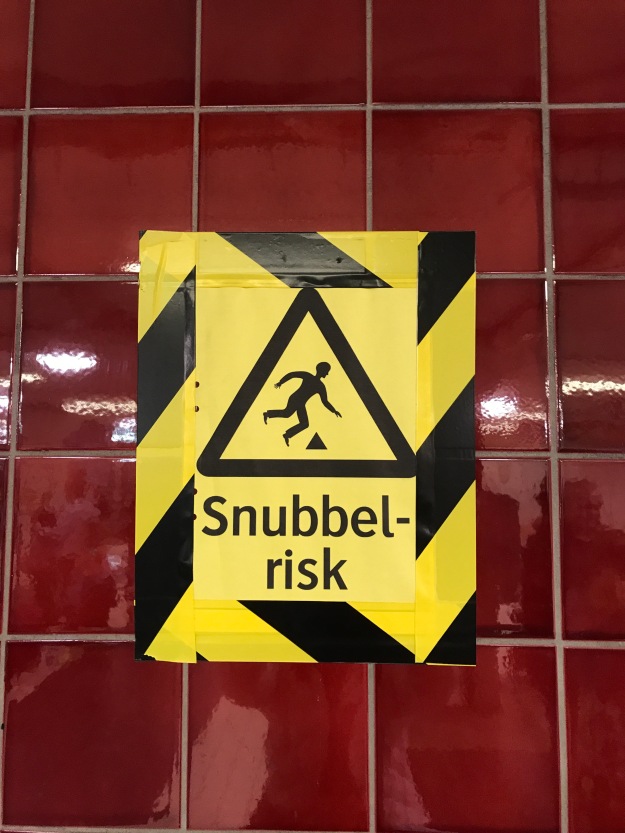 Ok, I freely admit I’m a klutz in any language. Obviously, I don’t want to run for my train and risk “snubbeling.”

There are practical reasons to know the language. 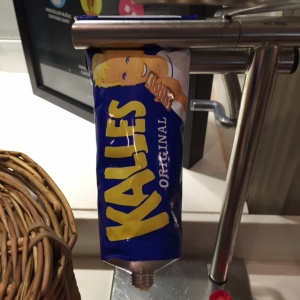 Every breakfast buffet has a big tube of this stuff. I thought it was some kind of hummus. 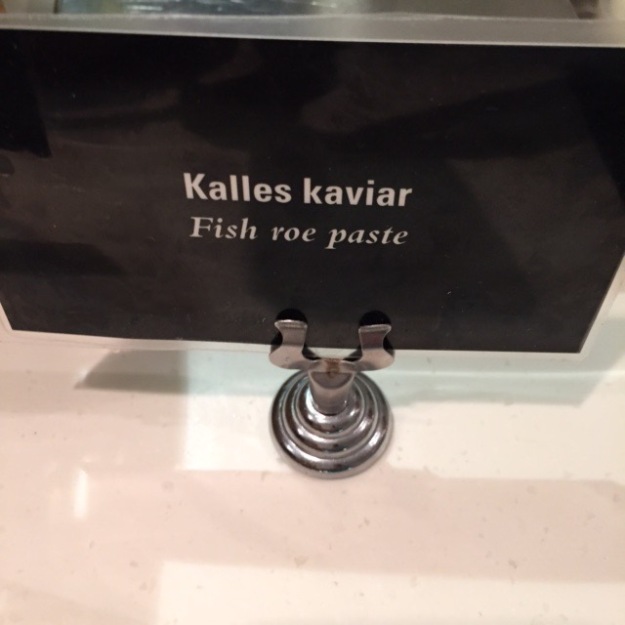 No such luck! It’s really “Fish Roe Paste.” Not my favorite. In fact, I had to discreetly spit it into my napkin and then look around for something to erase the taste. Lingonberry sauce? 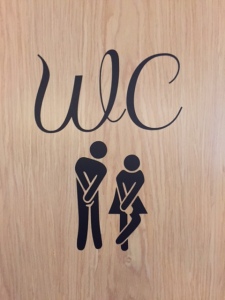 Sometimes, admittedly, words are not needed. 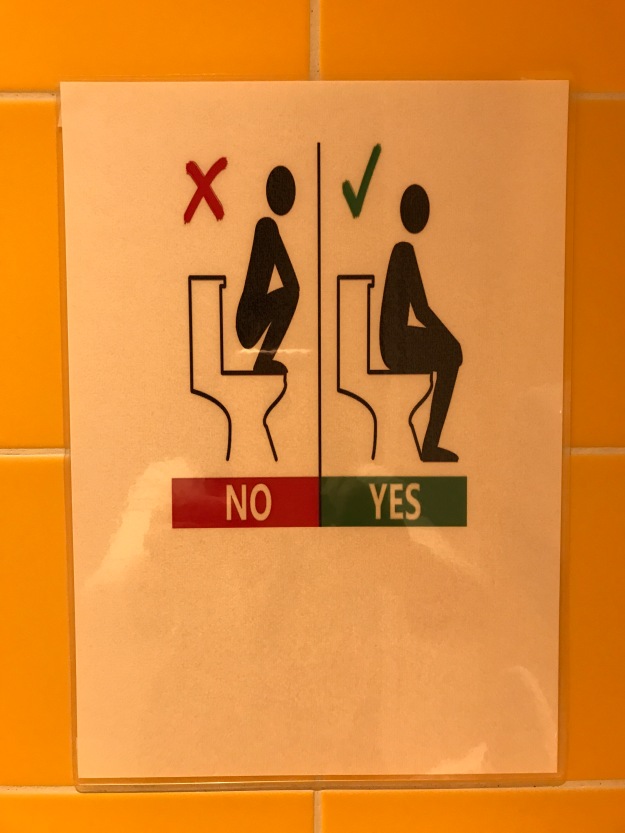 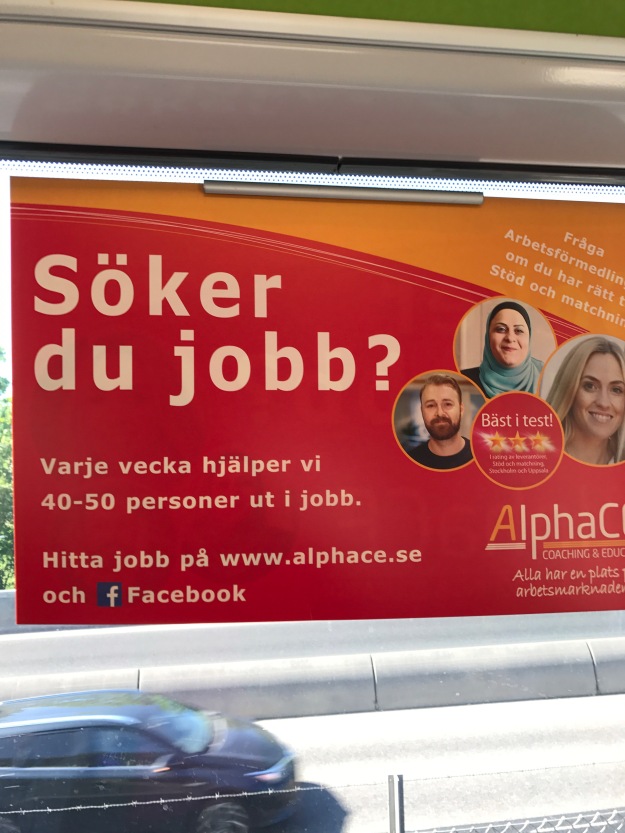 I don’t really want to know the translation of this sign in a subway car in Stockholm. For me, it says, and always will say “Sucks your job?” Or, for English speakers, “Does your job suck? Call this number and we’ll hook you up with a better gig.”

One big point in favor of learning some Swedish: it’s the second language in Finland. And the Finnish language looks much, much harder to learn.

In Finland, almost every single sign and caption is printed in both Finnish and Swedish. English is hit or miss. 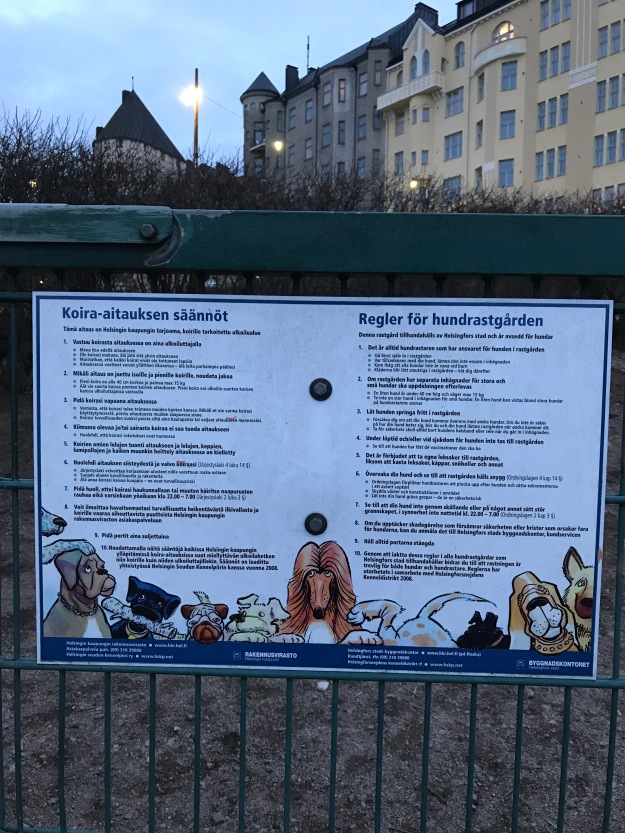 Yup, I guess this is telling me something. After years of traveling in French and German-speaking countries where I can at least muddle through with the native languages, I’ve found that  I love Scandinavia. Time to learn a little Swedish.

Now, about those Danish and Norwegian languages…