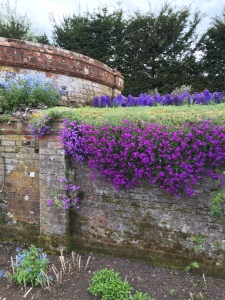 It seems that anyone in England who owns a patch of ground, large or small, is compelled to make it into a thing of beauty or an expression of taste. English gardeners use flowers as a painter uses color. 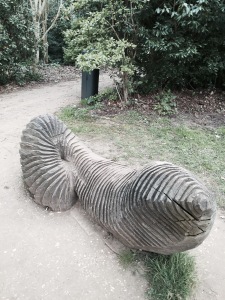 And an English garden is more than just pretty flowers.  It’s also a place to display the imagination and wit of the gardener. Do you have an unsightly stump with a horizontal lean to it? Turn it into a six-foot earthworm to greet your guests. This one is at the entrance to The Vyne, a National Trust house from the Tudor era. I’m pretty sure the earthworm was a modern gardener’s idea. 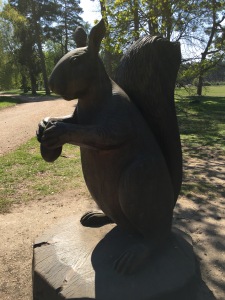 Maybe your stump is more vertical. The Queen turned one of hers into a giant squirrel at Sandringham, the private country estate of the Royal Family near King’s Lynn. The squirrel stands about eight feet tall.  Do children climb on it? There’s nothing to stop them except decorum–maybe the Queen will walk by. 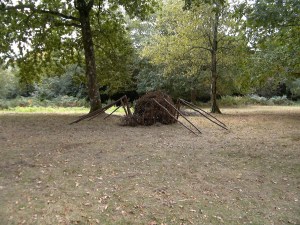 Do you have a boring expanse of lawn?  How about a creepy-crawly spider? This one, about a thousand times larger than life-size, is at Sudeley Castle. 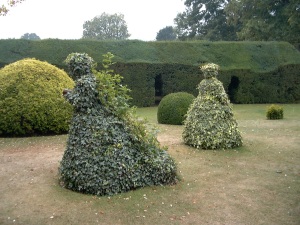 Sometimes garden ornaments touchingly describe history. Sudeley Castle has exquisite ivy garden sculptures depicting Queen Catherine Parr and her younger relative Lady Jane Grey, two queens who lived at Sudeley together for a time. Later, Lady Jane reigned as Queen for only nine days. The political machinations that put her on the throne brought her down quickly and she lost her head. Queen Catherine was the only wife to survive Henry VIII. She is buried in the nearby chapel where she and Lady Jane went daily to pray. 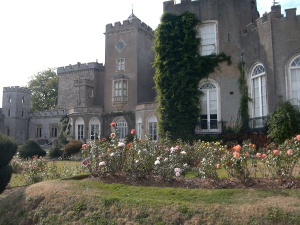 History is everywhere in English gardens. At Sudeley, antique roses are lovingly cultivated outside the castle where the 15-year-old Elizabeth, later Queen Elizabeth I, once had to fend off the advances of Thomas Seymour. Baron Seymour, always on the lookout for the main chance, eventually married Queen Catherine Parr after Henry VIII died.  Sadly, Baron Seymour’s ambition proved his undoing and he was later executed for treason. It seems that Elizabeth wisely avoided him after Catherine died. Elizabeth had suitors enough without this particular bad boy. 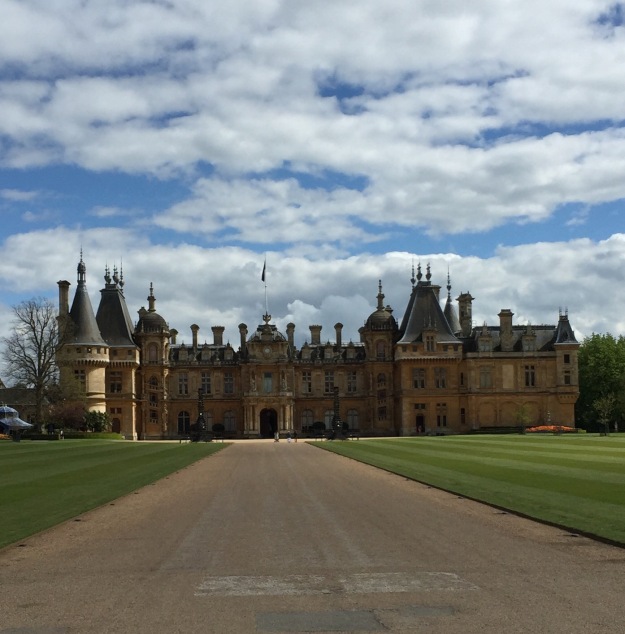 If your brother was the fabulously rich Baron de Rothschild and he built himself a French chateau in the English countryside, then put you in charge of the grounds, what would you come up with? 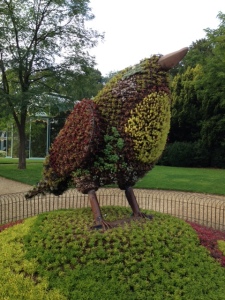 Baron de Rothschild’s sister Alice invented “vertical gardening” at Waddesdon Manor. This bird, studded with colored plants in early spring, is about 8 feet tall. Like her mega-rich brother, Alice liked to do things in a big way. 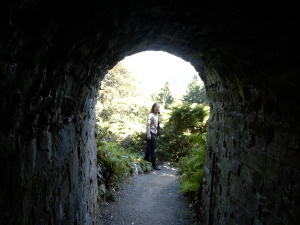 I’d love to be wandering in an English garden right now, looking for discoveries through the next garden gate. Join me next time for more explorations in the art and history of Europe and the British Isles!