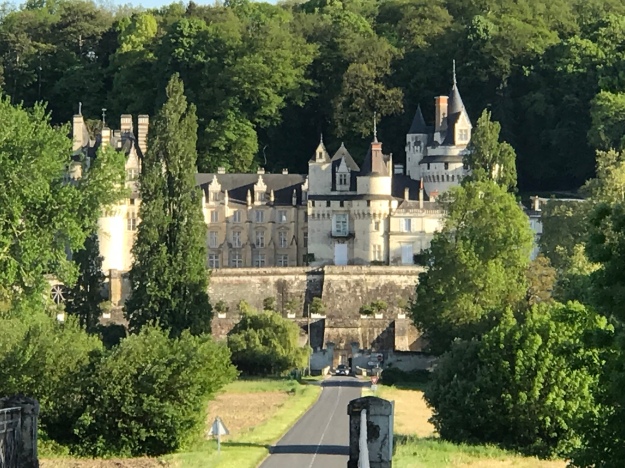 Reading history, I often wonder why anybody in their right mind really wanted to be King or Queen. Shakespeare had it right in “Henry IV, Part 2: “Uneasy lies the head that wears the crown.” And that’s just for a monarch who kept his head, though Henry died unexpectedly not too long after his glorious victory at Agincourt. If I were lucky enough to be born an aristocrat in olden times, I’d hang back in the weeds and be a good servant of the crown. But they could keep the crown itself.

A succession of the aristocratic owners of Château d’Usse were good servants of the crown with no apparent ambitions to climb higher than safe levels. Their reward was a very nice life in their fairy-tale chateau perched on the bank of the River Indre. When they tired of their fine formal gardens designed by Le Nôtre, they could saddle up their horses and nip out their back door to hunt in the vast Forest of Chinon.

The various families enjoyed their aristocratic lives, racking up nice awards. This one is for the Ordre de Saint Esprit. The badge would look great on a sash for a formal occasion. 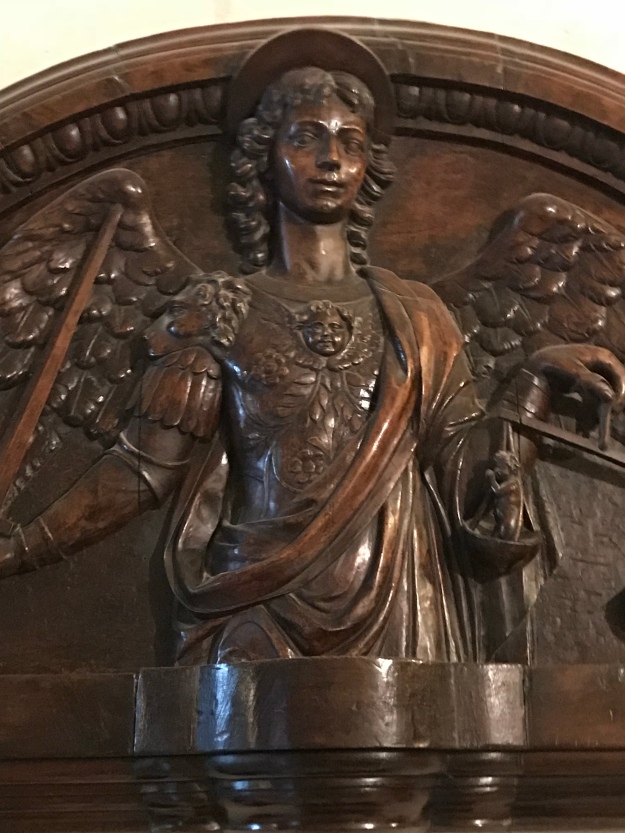 The older parts of the chateau have impressive carvings, like this armored Archangel Michael with his sword and scale of justice, all geared up for Judgment Day.

I visited Chateau d’Usse right after my escape from Fontevraud. (See previous post. Even on a sunny spring day, Fontevraud feels haunted to me, and not by friendly neighborhood-kid Halloween ghosts).

I admit I took a step backward when I walked into the entry hall. Figures from the Jane Austen era hovering on the spiral stairway! Elizabeth Bennet, is that you? 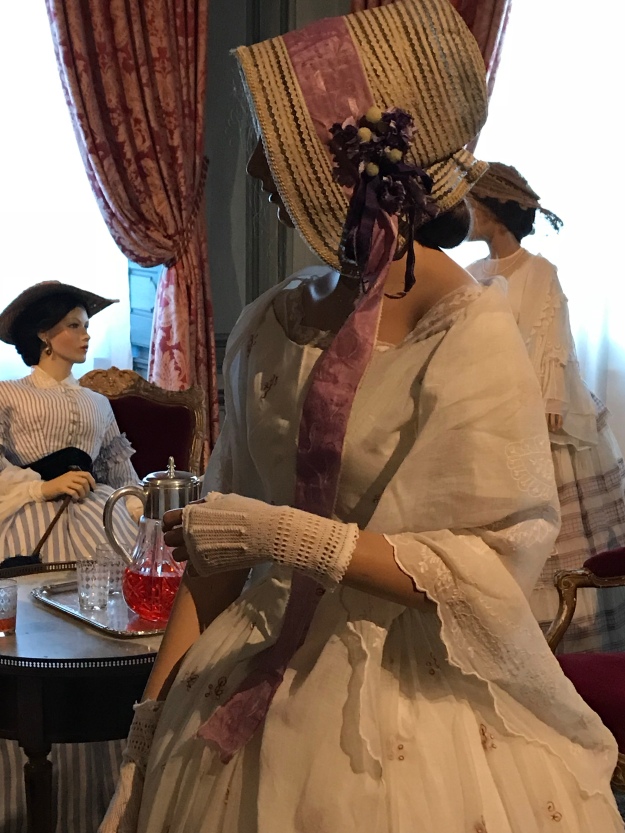 Not to worry! They were just mannequins decked out in family outfits from various eras, like these Victorian ladies. 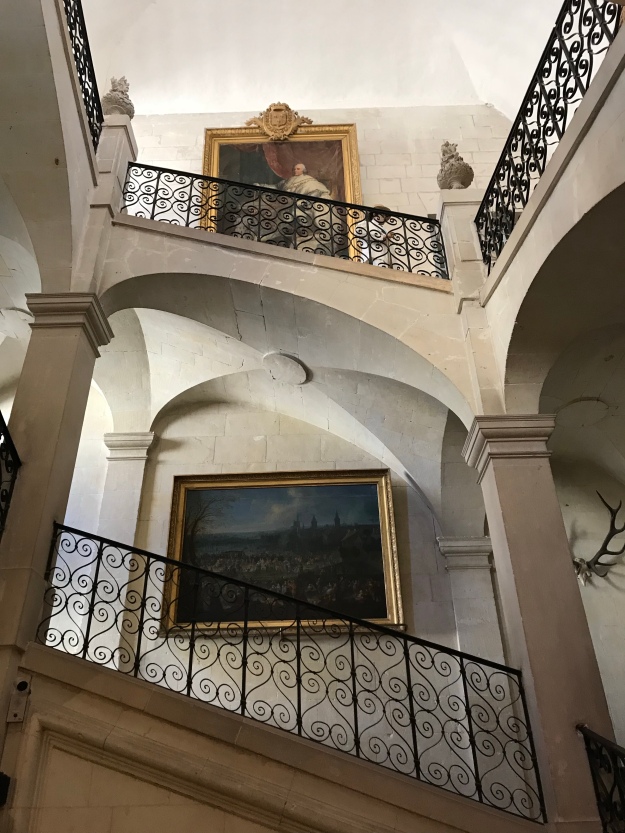 The grand staircase, leading to the King’s Chamber, had spiffy Edwardian guests. 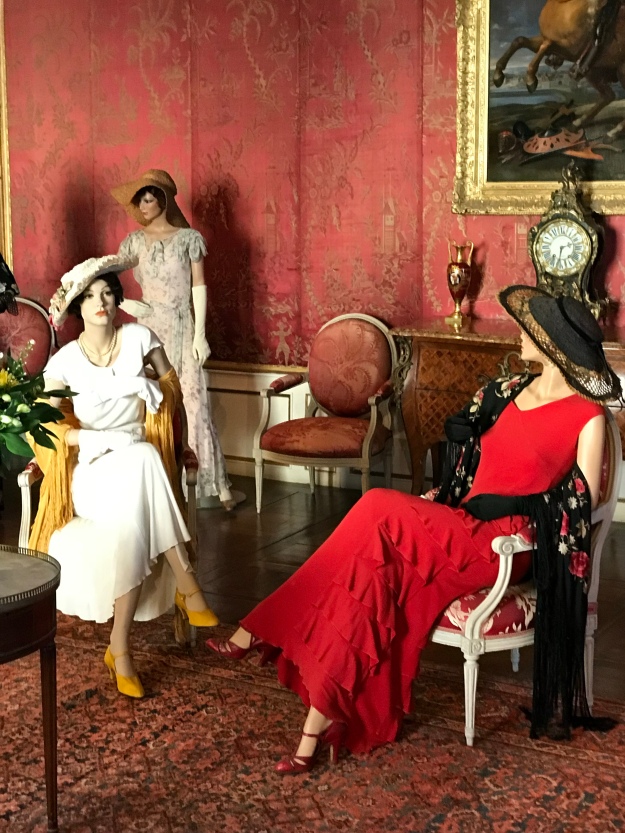 People from the Titanic era hung out in the King’s Chamber, looking elegant and relaxed.

Every chateau worth its salt kept a grand room ready in case the King decided to stop by. A copy of Rigaud’s portrait of Henry XIV graces the King’s Chamber, but I don’t think he ever actually visited. However, Emperor Haile Selassie the First stayed here in 1970. 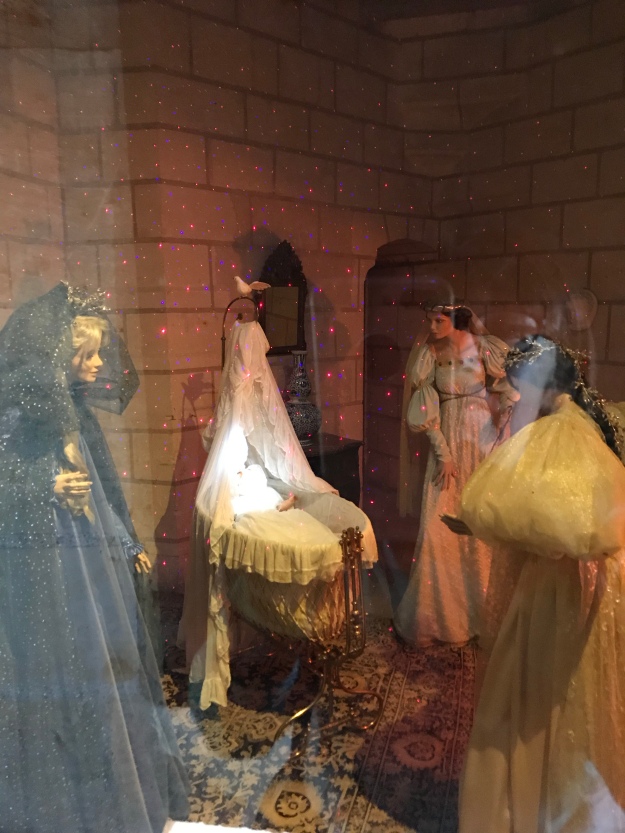 Legend has it that Usse was the inspiration for Charles Perrault’s “Sleeping Beauty.” In a creaky tower, there’s a lovingly presented series of rooms showing life-sized episodes of the story. If I owned a mannequin company, I’d have Usse at the top of my list of sales calls.

Here’s the prince. Works for me!

And here’s the awakening.

The same tower stairway leads to the attics. Surprise! Wealthy aristocrats had tons of extra stuff to store, like some of us. But they had huge elegant attics. Those of us who love dusty old things are lucky that Marie Kondo didn’t come along with “The Life-Changing Magic of Tidying Up” until 2011.

Outside in the grounds, the formal gardens overlook the River Indre.

Chateau d’Usse is pretty much off the beaten tourist path, and that’s its charm. Over the centuries, a lot of people lived out happy lives there, mostly underneath the turbulent currents of French history. I’d be up for that.