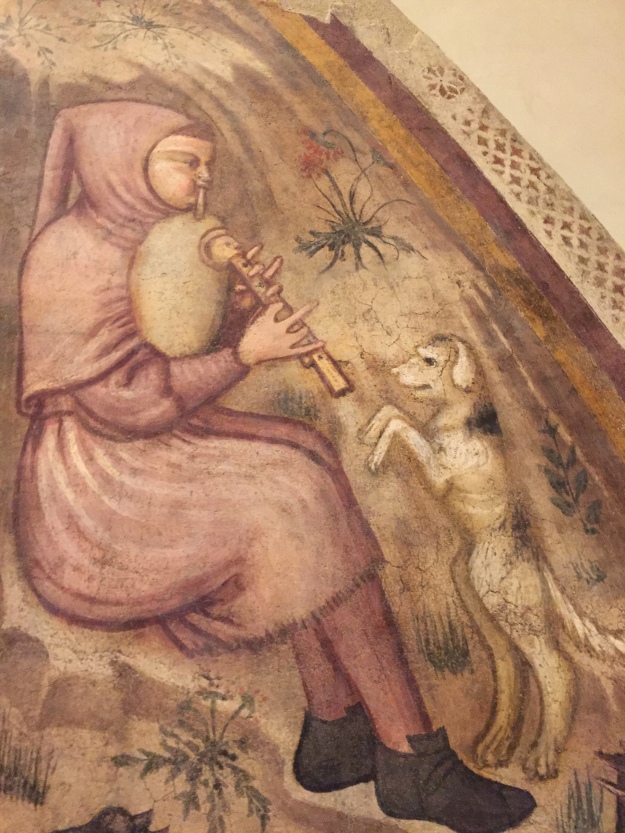 My very favorite Christmas image is this shepherd with his dancing dog.

They’re part of a lunette fresco rescued from the monastery of Santa Giuliani in Umbria, painted between 1370 and 1390. So Italians had bagpipes! Who knew? The shepherd’s buddies are talking about the bright star above Bethlehem, and one is even shading his eyes. What’s going on?

Even one of the sheep notices the star. He’s bleating for joy, don’t you think?

What’s left of the two sides of the semicircular lunette is in the Galleria Nazionale dell’Umbria in Perugia. The left-hand side has a nativity scene with a shrink-wrapped baby, angels, and adoring cattle.

At my house in the mountains of Colorado, we slept in, but we’ll get moving after another cup of coffee. 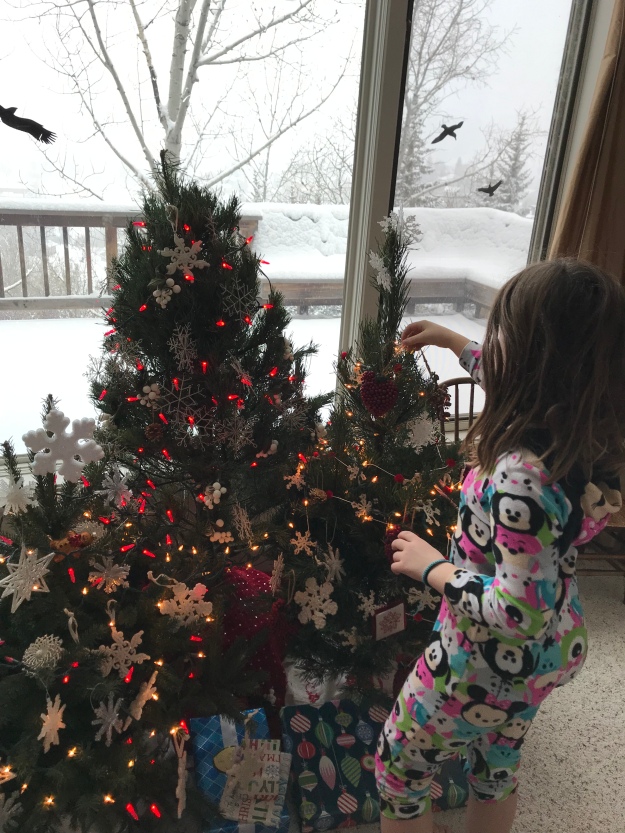 We went with three small Christmas trees instead of one big one. By the time we arrived, all the big ones were sold and we were way too lazy to drive out to the National Forest to legally chop one down. But I like having a tiny forest in my living room. I’ll do this again! (In my town, we take our used trees to a giant shredder where they’re instantly turned into mulch for the parks. So there are no sad orphaned trees next to trash cans).

There’s plenty of snow. The deck was a bit of a chore to shovel yesterday, and today there was more.

So everybody is heading out to the mountain to ski. Well, almost everybody.

Merry Christmas to all!

6 thoughts on “Merry Christmas to All Including Dancing Dogs and Sleeping Cats!”