One of my favorite paintings on this trip is Kees Van Dongen’s dancing girl at the Musee Marmottan. He painted it in 1905 when he was one of the leaders of the Fauves (aka the Wild Beasts). The title should be “Jumping for Joy” or something like that, don’t you think? But noooo…the title is “Le Boniment,” which means something like “a lie to please” or “a sales pitch.” The subject was a circus performer. Oh, well, it still looks like pure joy to me. 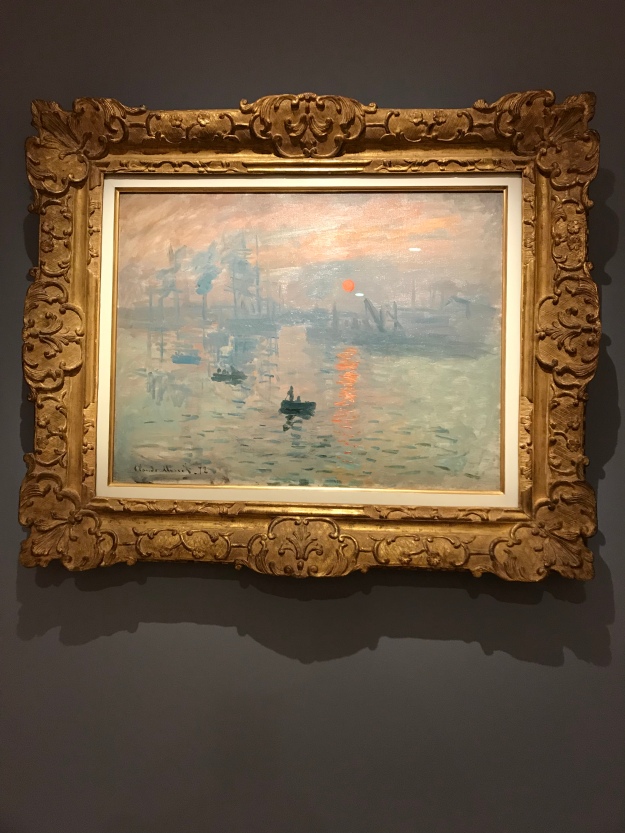 Of course the best reason for trekking out to the Marmottan on the edge of the city is Claude Monet. The Marmottan has the biggest collection of his work, including the little painting that started an art movement: “Impression, sol levant.” (Impression, sun rising,) painted in 1872.

They also have masterpieces by Gustave Caillebotte, the rich boy who chose to hang out with the artists who were having such a good time. He was a wonderful painter, but after some years he gave it up and became a patron of artists he considered his betters. The painting above was on the cover of the phone book in my hometown years before I’d ever heard about Caillebotte. (Anyone remember phone books?) Actually this was a study for the actual painting, which is at the Art Institute in Chicago. But I’m glad enough to see this one. Claude Monet was given this “sketch” painting as a gift and kept it in his bedroom until he died. 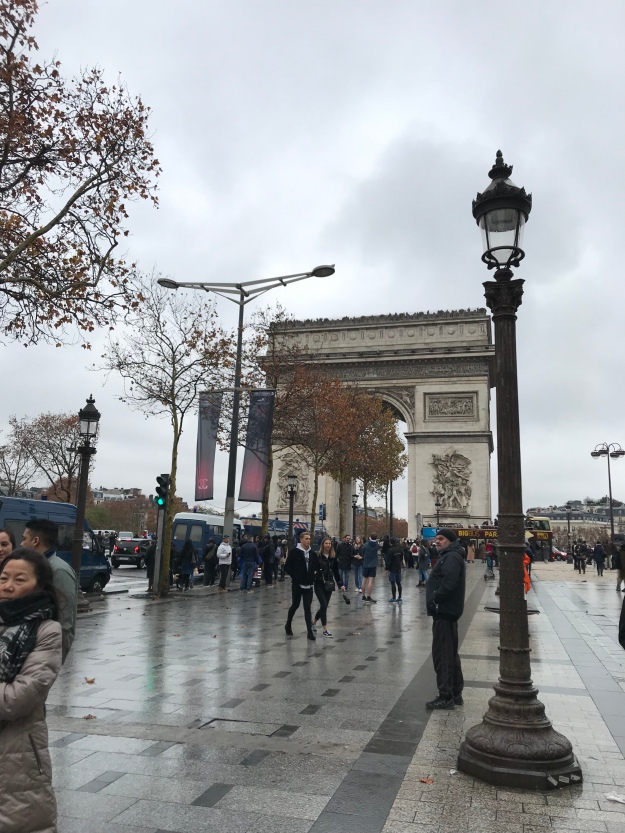 As for Paris in winter, it rains. Quite a bit.

And it gets dark early. And there are no live flowers in the Tuileries or anywhere else, except in gorgeous shop windows.

But there are plenty of seasonal compensations. The Musee d’Orsay is blessedly uncrowded.

And there are flowers at Orsay. Edouard Manet’s “Olympia” receives plenty of bouquets but is more interested in challenging the viewer, as shockingly now as in 1865 when she was the talk of all Paris.

In the same room at the Orsay, Manet’s parents studiously look the other way. He painted them in 1861. I wonder what they thought of Ms. Olympia and their son’s raffish friends. 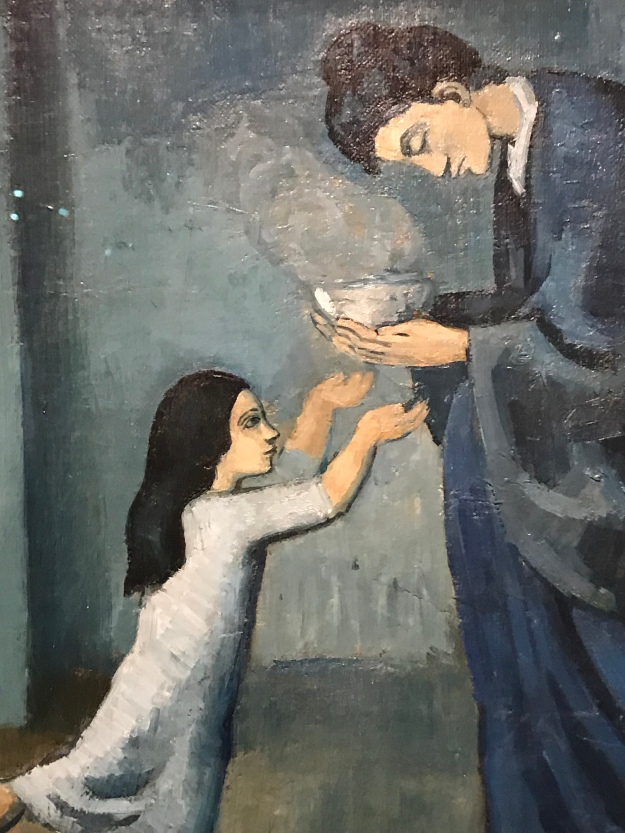 The Orsay features a wonderful Picasso exhibit that I’ve now seen twice, without waiting in line. Above is a detail from his “La Soupe,” 1902-1903.

Outside, I mostly take buses and the Metro, but it’s pretty easy to hail a cab. Wait, that’s not me! That’s a detail from Picasso’s “Lady with a Fan,” 1905. 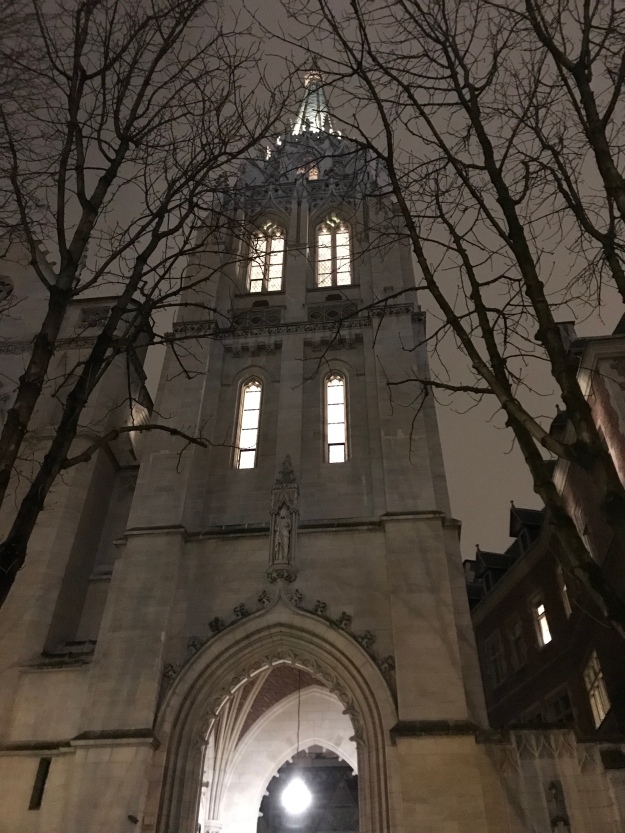 Free and cheap concerts abound, at places like the American Church along the Seine. 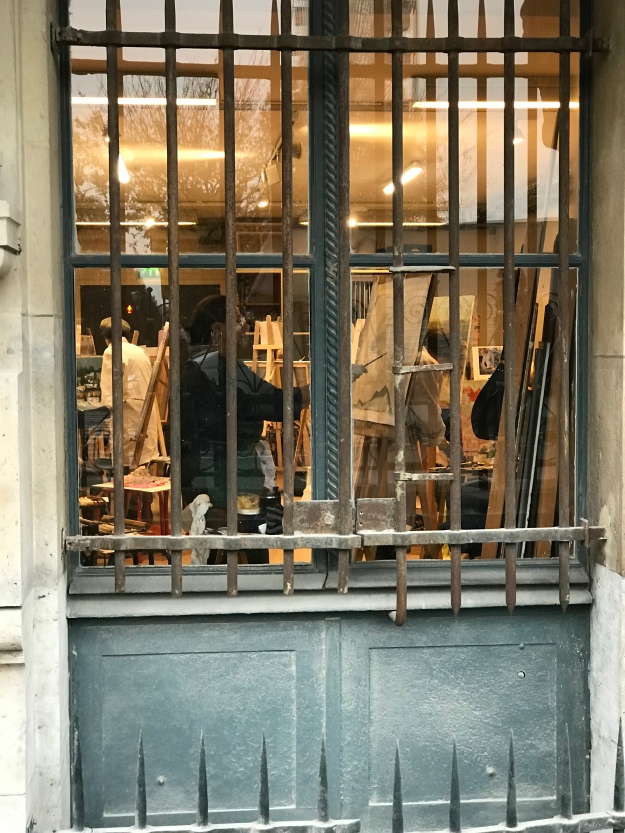 Maybe I could take a painting class at the Louvre? 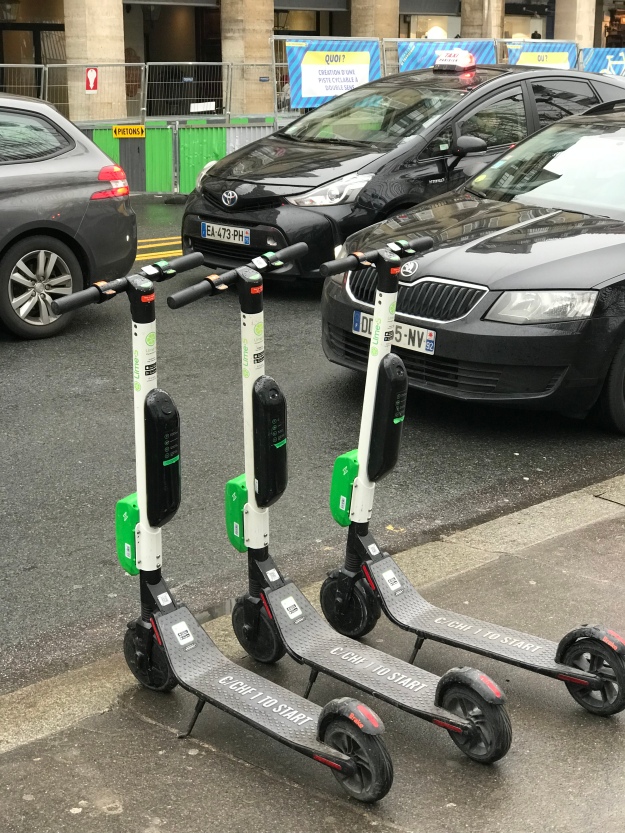 I won’t be renting one of the perfectly-silent scooters that people run along sidewalks everywhere. I value life and limb too much.

But if I do somehow fall into the Seine, one of these friendly guys in wetsuits will rescue me. They were practicing by somersaulting into the water and then reeling each other in.

Along the Seine, the Conciergerie, Marie Antoinette’s final sad prison, looks as forbidding as ever. 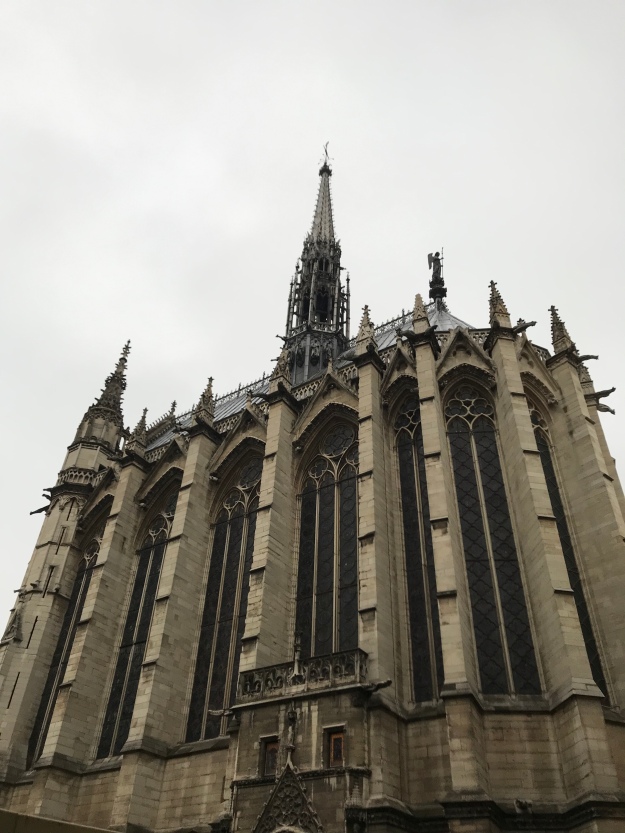 Inside the complex, which still holds the courts, St-Chapelle sits like a crown jewel with its fantastic medieval stained glass.

At every turn, there’s some iconic sight.