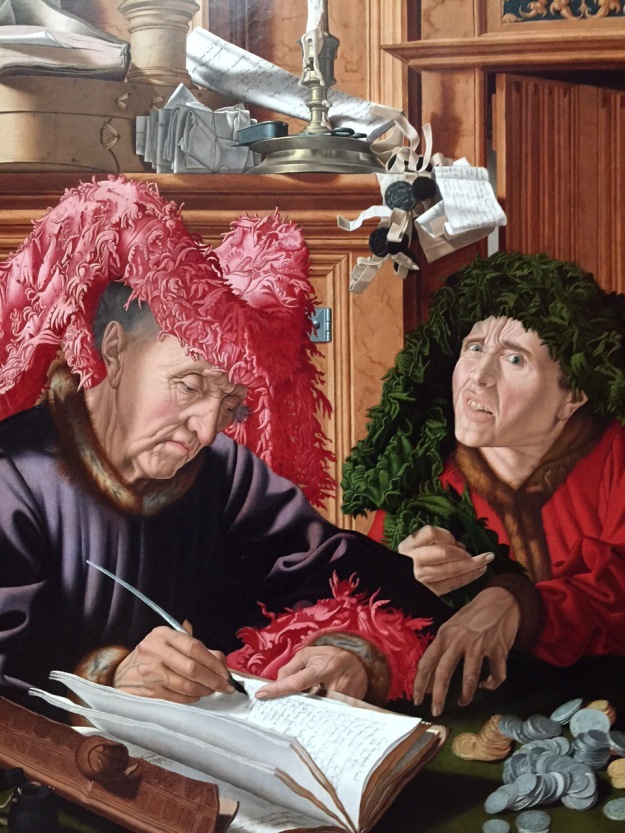 In the whole history of the world, has anyone ever enjoyed paying taxes?  Probably not. In London’s National Gallery, I came upon these two fellows, obviously no friends of the artist.  The painting is from the workshop of Marinus van Reymerswale, most likely from the 1540s. The caption explains that it was probably painted as a satire on covetousness.

At the time, government authorities imposed taxes on items such as wine, beer and fish.  The serious-looking gentleman on the left is apparently writing out a tax list. Once the tax rate was set, private individuals were entrusted with actually collecting the money from taxpayers.  An unscrupulous tax-gatherer could obviously take advantage of this system. The man on the right, with his grasping fingers and face contorted by greed, looks more than ready to grab more than his fair share of whatever he collects.

Do tax collectors deserve any sympathy? The painting below, a 1599-1600 masterpiece of Michelangelo Merisi da Caravaggio, depicts the moment that Jesus Christ called the tax collector Levi to walk away from his lucrative profession and follow Jesus as a disciple.  He became the disciple we know as Matthew. 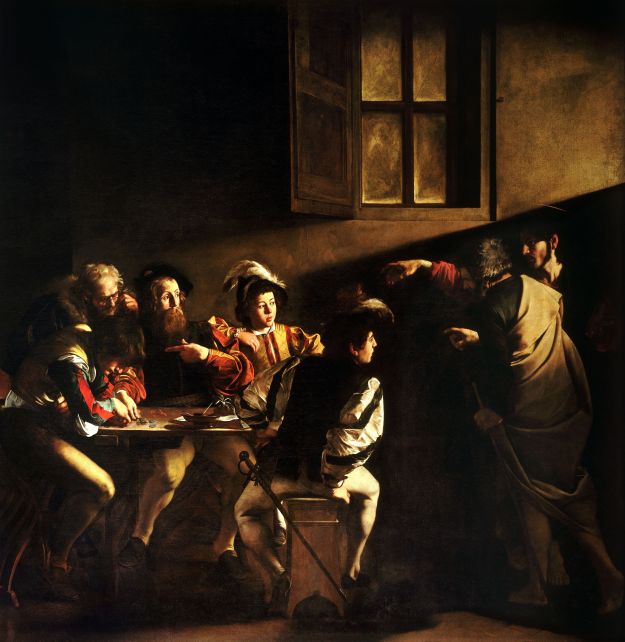 So who is St. Matthew in the painting? Opinions vary.  I’ve always thought it was the bearded man, pointing to himself as though to ask, “Who, me?” But I recently read that some experts think Matthew is the young man slumped over at the end of the table, trying to avoid the summons to a life of poverty and hardship. It could not have been an easy choice.

April 15 is the day that Americans have to submit their income tax forms to the government.  We all would like to believe the tax system we live under is fair, uncorrupted and just. Let’s hope so, and as we send off our tax returns, let’s hope that every hard-earned penny is spent wisely.

2 thoughts on “Happy Tax Day in the USA”