I can’t really leave Benjamin Disraeli without posting some more pictures from his country home, Hughenden Manor.  It’s the most quintessentially Victorian place I can think of. In those days, it must have seemed perfectly natural to hang side-by-side portraits of the Prime Minister and his Queen above the fireplace–in the bedroom Mr. Disraeli shared with his loving wife, Mary Anne.  She decorated the room herself.

In the House of Lords during the height of the British Empire, politicians wore red velvet robes on ceremonial occasions, without irony or having to wade through rude protests outside. Becoming the Earl of Beaconsfield was a proud accomplishment for a man born into a modest Jewish family in 1804.  Disraeli became an Anglican at age 12, and remained one for the rest of his long life.

We tend to think that Britain has a fairly rigid class system, but even in Victorian times it was possible for an unlikely man to rise to the height of power, through luck, connections, charm and sheer hard work. 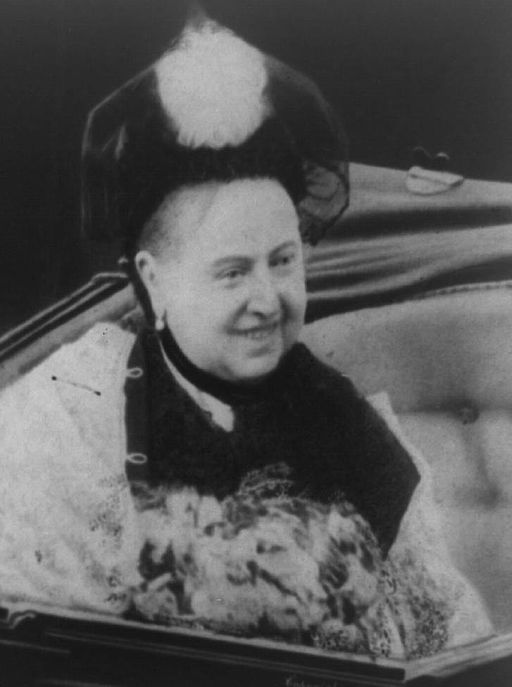 Queen Victoria has a reputation for sternness, but she knew how to be amused, too.  And her trusted friend Benjamin Disraeli amused her.

The Queen set an example of happy, respectable family life for her subjects. Mary Anne Disraeli created a peaceful refuge at home for her busy husband.

Why did Victorians stuff their homes with so much stuff?  In a restored Victorian home like Hughenden, every surface is occupied:  baubles, bibelots, and knickknacks carefully arranged on top of curlicued whatnots. In Victorian times, minimalism was an unknown concept. And old photos seem even more crowded than restored rooms. Why? Here’s my theory: the British ruled an empire that spanned the entire globe. Victorian rooms seem crowded and stuffy to the modern sensibility, but I think all those possessions were an exuberant expression of Victorian confidence and optimism. If you’ve got it, flaunt it!

Mary Anne Disraeli presided over a lively dinner table.  She was practical, too–which her husband was not.  Household records show that after one dinner party, she sent two big unused blocks of cheese back to the cheesemonger.  Waste not, want not!

Disraeli loved trees. In fact, while Mary Anne was busy inside finding just the right places for her trinkets and doodads, Disraeli was busy outside planting trees–the more the better.  He brought in specimens from the far-flung empire and created a forest that lives on today. He spent hours walking among his trees, taking solace from their growth and variety. He once remarked, “I am not surprised that the ancients worshipped trees.”

I was so interested in the house–with its Victorian history as well as the amazing part it played in World War II–that I didn’t get into the gardens and the forest.  Next time!

The three posts just before this one described the vital history of Hughenden in more detail. Join me next time for more explorations in the art and history of Europe and the British Isles!