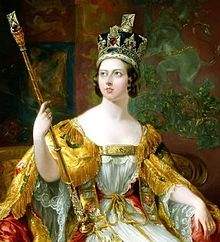 Britain’s beloved Queen Victoria died on January 22, 1901, ending the Victorian Era. She was also Empress of India all through the heyday of the years when the sun never set on the British Empire. Her image still appears everywhere in Great Britain. The coronation portrait by George Hayter is in the Royal Collection (Public Domain now). It still appears in reproductions in some tradition-loving British homes.

Other homes display mass-produced images like the one above, spotted in the very regal Wimpole Estate.

Victoria’s image, dressed in black in her widowhood and with her little diamond crown perched on top of her head, is instantly recognizable. The little model above holds pride of place in an exhibit of military models at Blenheim Palace. That unusual crown served as a canny early version of a prominent person creating a unique brand for herself.

How did Victoria see herself?  The sketch above, Public Domain, was Victoria’s own self-portrait as a young girl. She already has some kind of little whatsit balancing on top of her head. She looks apprehensive.  But when she unexpectedly took the throne at the age of 18, after everyone else in the line of succession had died, she rose to the occasion and she kept rising. She reigned over England for over 63 years.

We tend to think of Victoria as a dour old lady.  But in fact she laughed often.  The Public Domain photo above shows her in a jolly mood, even into her old age. 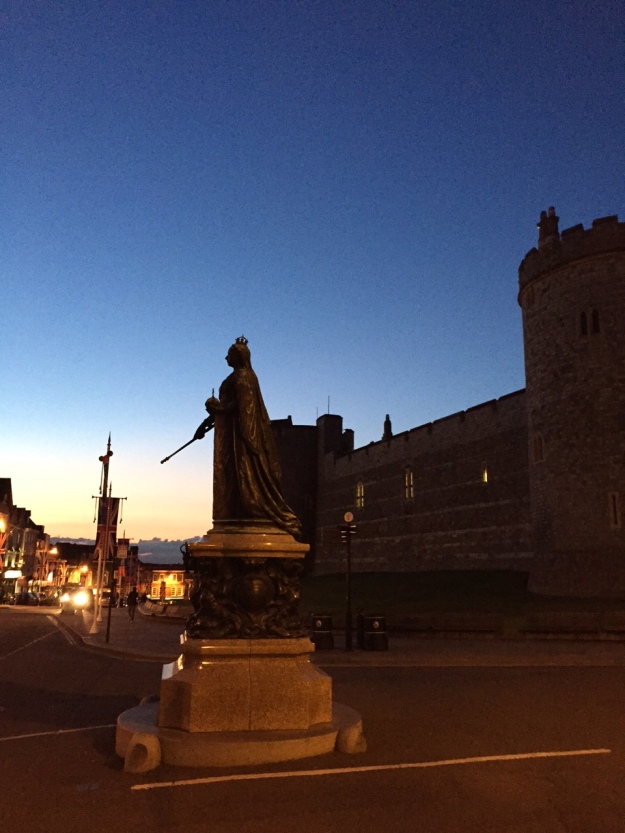 A statue of Victoria stands serenely at the entrance of Windsor Castle, the thousand-year-old complex that is one of the favorite homes of the current Queen.

Queen Elizabeth II has now reigned longer than her ancestor, the redoubtable Victoria. Whatever one thinks of the institution of the monarchy, there’s no doubt that Queen Elizabeth is a cracking good Queen.  The photo above is from the shop at Sandringham, the country estate in Norfolk that Queen Victoria wisely bought as a private retreat for the Windsors. When I was there, neither the Queen nor her Corgis were in sight, but their presence was felt everywhere. There’s nothing more British than the Queen and her beloved Corgis.  I wish them all well.

Join me next time for more exploration in the art and history of Europe and the British Isles!