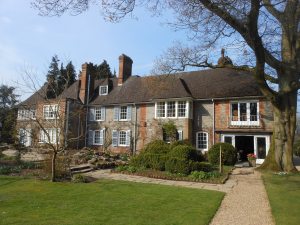 Last month I visited the home of William Morris–not the Arts and Crafts genius, but another kind of genius.

He rose from poverty to invent and manufacture the Morris Minor motorcar, the British equivalent of Henry Ford’s Model T. He made an automobile affordable, for the first time, for the newly emerging middle class in Britain. Many families could even afford two of them.

He was “created” Lord Nuffield, making him a Peer of the Realm, because he was one of England’s greatest philanthropists besides being a fine inventor. He gave away the equivalent of over a billion dollars in today’s money. 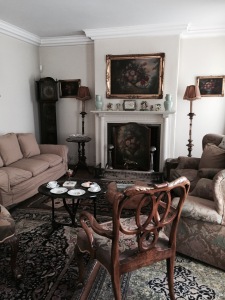 He and his wife lived modestly in their beloved country home starting in 1933.  Lady Nuffield died, childless, in 1959. When Lord Nuffield died in 1963, he left their home to Nuffield College, which he had founded in nearby Oxford. The bequest stipulated that the house remain as they left it. 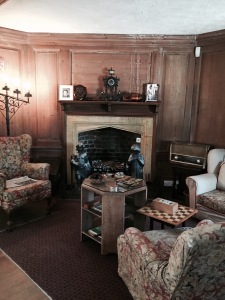 What did the college do with the house? They must have maintained it, at least. It’s very livable, with all the original bed linens, china and towels. Maybe it was used to house special guests. The house remained a time capsule until it was given to the National Trust and opened to the public in 2011. Now it’s one of my favorite NT properties, because it’s such a contrast with the conspicuous consumption I’ve grown to expect when I flash my NT pass. 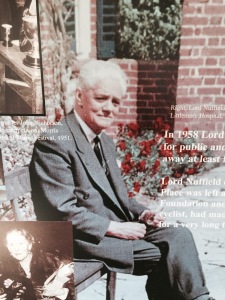 Although he was a close personal friend of the King and Queen, Lord Nuffield liked nothing better than to go home to Nuffield Place, where he could tinker with his inventions and walk his Scottie dogs.

Nuffield Place is just one more reason to love driving around the English countryside with my trusty National Trust pass!