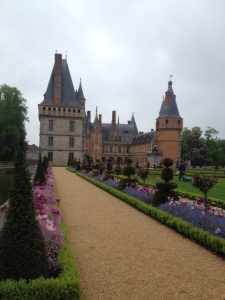 I love architectural details: the curve of a stairwell, a finely carved door, a charming round tower. These small details make a place individual and personal.  I can imagine real people dreaming about a house or cottage or castle, debating the details, and watching their plans take shape.

The most interesting details often appear in smaller dwellings, places that were likely planned by individuals instead of royal committees. The Chateau de Maintenon, near Chartres in France, is a fine example. Building was begun in the 10th century. As ownership changed, families in succeeding centuries refined and added to this exquisite chateau, but it remains an intimate family home rather than a grand showpiece. In fact, although it is now open to the public, the family still occupies one private wing. 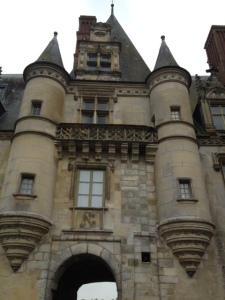 The north facade has rounded enclosures for stairwells with towers and an archway for carriages to pass under the building. 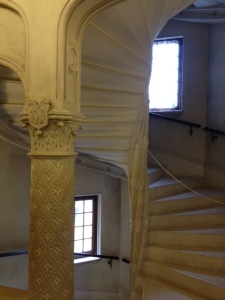 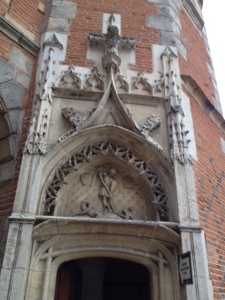 An exterior doorway is elaborately framed in Gothic stone. Entering that ancient doorway is an occasion in itself. 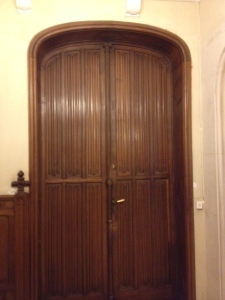 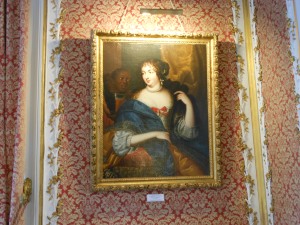 This was the chateau given to Madame de Maintenon, the third and final wife of Louis the Sun King.  He was happy to escape the hubbub of Versailles in his old age and spend quiet time here.  I’d be happy to revisit this chateau anytime myself!

Previous posts about Chateau de Maintenon are at https://castlesandcoffeehouses.com/2014/05/07/chateau-de-maintenon/ ‎

Wow, I guess I really liked this particular chateau! Join me next time for more explorations in the art and history of Europe.